Over half of private landlords with Universal Credit tenants have experienced them going into rent arrears in the past 12 months, with landlords owed £2,187 on average.

Most of these landlords (82%) said that the arrears began after their tenants started a new claim for or migrated onto Universal Credit.

These are the findings of new research by Edge Hill University academics Dr Tom Simcock and Dr Axel Kaehne of the University’s Unit for Evaluation and Policy Analysis, which was commissioned by the Residential Landlords Association.

Landlords who applied for direct payment of rent under Universal Credit reported that the process took on average nearly eight and a half weeks.

This could mean that private landlords are owed on average of nearly four months’ rent before direct payment is arranged with two months arrears accrued before the application.

The research also found that 65% of private landlords reported a shortfall of over £50 between the rent and what was covered by Local Housing Allowance rates.

In addition, over half of landlords (57%) saying they are unwilling to let to claimants where they knew there was a shortfall between the benefit payment and rent.

Dr Simcock, a Research Fellow at Edge Hill University and lead author of the report, said: “With the process of direct payment of rent to the landlord taking nearly 8 and a half weeks to arrange and with landlords reporting that the main reason for repossession of a property is rent arrears, the research suggests that further work is needed to speed up the process to keep Universal Credit claimants in their home.”

He added: “The findings show that private landlords and tenants are struggling with the impacts of welfare reforms introduced by successive governments.

“While the data does indicate improvements in the proportion of landlords with Universal Credit tenants falling into arrears from the previous year, the findings show continued work is needed to improve the lives of claimants.

“The fact most private landlords are unwilling to let to tenants who claim benefits, or where there is a gap between the benefit level and rent, means that benefit claimants are facing difficulty in securing affordable accommodation in the private rental sector.

“To ensure claimants can find an affordable home, there needs to be an end to the benefit freeze to bring Local Housing Allowance rates in line with the current 30th percentile of private rentals in an area to avoid shortfalls.”

The research was commissioned by the Residential Landlords Association and was undertaken as part of their ‘State of the Private Rented Sector’ quarterly surveys.

A copy of the full report is available here research.rla.org.uk/wp-content/uploads/2019-Q1-State-of-the-PRS-Report-FINAL.pdf 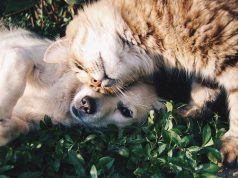 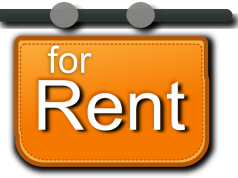