Only one in five drivers received any premium refund from their car insurer as a result of the coronavirus restrictions, Which? has found, despite half of motorists drastically reducing their mileage.

The consumer champion surveyed more than 2,300 people with either car, home or private medical insurance about the impact that COVID-19 had on their cover and found that motorists were most likely to feel their policy had lost value.

Almost half (49%) of car insurance customers in the survey saw a major decrease in their annual mileage, but only a fraction told their insurer or saw any premium refund as a result.

Which? found that just one in five (21%) of car insurance customers have seen some of their premium repaid.

Some drivers felt they were paying over the odds for their cover, given how little they drove during lockdown. “I did 40 miles from March to July,” one customer said.

The survey also revealed how one in seven (14%) car and home insurance customers have struggled with their premiums in the pandemic, as did three in 10 (29%) of private medical insurance (PMI) customers.

While most struggling customers said they had received some kind of financial support from their car insurer, up to a quarter (25%) received no support whatsoever – in some cases potentially because the message didn’t reach them that help was available.

Insurers have made payments to at least some of their customers, with some also claiming to be passing savings back in other ways.

In spring 2020, more than 20 major US insurers announced plans to refund what customers had overpaid, but Admiral is the only UK insurer that proactively rebated all of its customers – sending each £25.

Which? is concerned that the Financial Conduct Authority (FCA) no longer requires insurers to proactively contact potentially vulnerable customers who miss a payment.

The consumer champion is calling for insurers to do more to support customers struggling financially as a result of the pandemic by taking every step they can to engage with and help those who need it most.

“While insurers could not have predicted the unprecedented impact of coronavirus, customers will not appreciate it if they feel firms are benefiting at their expense – or if they are being left without support at a time of need.

“Our research shows that many insurance customers are struggling with their premiums as a result of the pandemic, but up to a quarter of these people have received no support whatsoever.

“The FCA rightly proposed guidance for firms to support customers struggling due to coronavirus, but it’s concerning that the regulator is no longer requiring insurers to proactively contact those who miss a payment. Customers missing payments are likely to be vulnerable, and firms should be doing everything they can to engage with and support those who need it most.”

“ABI’s Motor Premium Tracker shows that the average cost of comprehensive motor insurance is at a four year low of £460. Our data from ABI members shows that during the first national lockdown, the value of the average claim paid rose by 27%, despite fewer claims. In the first three quarters of the year [2020], there has been a 25% fall in motor claims notified compared to the same period in 2019, but underlying cost pressures remain, such as increasing cost of vehicle repair.

“During lockdown, it is true that many motorists have used their vehicles less. However, drivers are legally obligated to have insurance for when they do drive as well as to protect against the risks of theft and damage. Insurers have, and continue to give extra support to motorists given the exceptional circumstances, including automatically covering those using their vehicle for community volunteering, commuting to work, as well as helping those worried about being able to continue paying their premiums by instalments. Any premium adjustments or refunds will be a matter for individual insurers.” 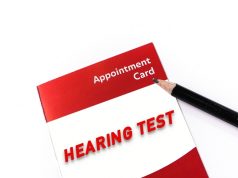