Over a third of British adults (36%) have been the target of a scam since lockdown began, new research by Citizens Advice reveals.

Polling conducted on behalf of the charity also showed that certain groups were at an increased risk of being contacted by a scammer, often those who could least afford it:

The charity has seen calls from members of the public concerned about bogus testing kits, vaccinations and government refunds. It’s reported a 19% rise in people coming to its website for scam advice. Citizens Advice web pages relating to scams saw an average of 49,000 page views a month since lockdown began in March, compared to an average of 41,000 page views in the three months prior.

From this research, the majority of people (64%) say they are worried someone they know will fall foul of a con. And most people (90%) reported they felt wary of scammers taking advantage of the situation.

Citizens Advice and the Consumer Protection Partnership have launched their annual Scams Awareness campaign to encourage people to share and report about their experiences and look out for others.

Worried consumers can report scams to Citizens Advice Consumer Service and help keep others safe, as Martin, 34, from West Sussex did:

“My friend showed me a company on social media who claimed to be selling a special product which they claimed protects your home from Covid-19.

“I knew it sounded too good to be true and checked out their Facebook page which was only 12 days old, something which immediately raised my suspicions. They’d posted videos of their products being used in different customers’ homes. But these looked bogus, I could tell they were all taken in the same house.

“What’s more, even though people were asking questions about the product on the company’s page, the company was being vague and evading answers.

“I was worried that other people could fall victim to this con so I contacted Citizens Advice Consumer Service to report it. It’s horrible to think that some people are willing to capitalise on people’s fears. Particularly at this time when so many are already low on money and worried about their finances.”

“We’ve seen thousands of people coming to our website for advice on scams during the coronavirus outbreak as opportunistic scammers take advantage of the public’s concerns.

“Worryingly one in three of us has been targeted by a scam since lockdown began.  This shows it’s really important we all do our bit and, like Martin, report them when we see them.

“By learning how scammers operate, and helping each other understand what to look out for, we can all work together to stop fraudsters in their tracks.”

“I am utterly appalled by this new research showing how opportunistic scammers are targeting people made most vulnerable by the pandemic – those suffering from illness, or facing financial difficulties.

“Now more than ever it is vital people remain vigilant to scams, and know how to protect themselves and their loved ones – especially those who are isolated, or live alone – from being exploited.

“Citizens Advice plays a vital role in safeguarding people against scams, which is why the government recently gave them up to £15 million extra funding to help deal with Covid-19.

“I’m backing Scam Awareness Fortnight, and urging people to follow guidance on how to defend themselves and report any scams or suspected scams, so we can stop fraudsters in their tracks and deprive them of the chance to target more victims.”

“I have spent much of lockdown shocked and appalled by the opportunists preying upon the increased vulnerability of members of the public.

“Trading standards departments up and down the country have united to protect those that need protection most. I could not be prouder of how the profession that I love has adapted and risen to the challenges facing us all during these unprecedented times.

“Working in partnership is key for campaigns like Scams Awareness, and initiatives like Friends Against Scams. We are informing and arming consumers with the knowledge to spot potential scams, so they know where to turn if they need help.”

“As people continue to stay indoors to prevent the spread of COVID-19, criminals are preying on people who are vulnerable because of their situations especially those who are socially isolated and living alone. There’s never been a more important time for neighbours to look out for each other, which is why we’re encouraging communities to prevent scams in their local area by using the free Friends Against Scams resources.

“Our online courses will help you spot a potential scam, identify people at risk and help you protect local residents from falling victims to scams. We’re urging communities to protect each other from scams and encourage people to share the latest advice with families, friends and neighbours.”

“Being at home doesn’t protect us from being targeted by scammers. We can all take steps to look out for ourselves and anyone who might be at risk of falling victim to a scam.”

If you’re worried you or someone you know is being scammed, Kate has some useful tips:

Kate also suggests taking the following steps to safeguard yourself and others:

Citizens Advice is urging anyone who thinks they may have been targeted by or has seen an online scam to report it to its Scams Action service, either online or on 0808 250 5050.

For in-person, mail and telephone scams, concerned consumers can report issues to the Citizens Advice consumer service on 0808 223 1133 or 0808 223 1144 for Welsh language speakers. Citizens Advice will give advice on what to do next and report the scam to Trading Standards.

Scams should also be reported to Action Fraud, the national fraud reporting centre. 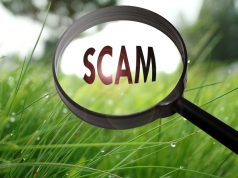 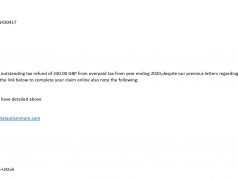