The self-harm statistics follow new analysis included in the charity’s annual Good Childhood Report, which examines the state of children’s well-being in the UK.  The report looks at the reasons behind the unhappiness which increases the risk of children self-harming.

Based on these figures, The Children’s Society estimates that nearly 110,000 children aged 14 may have self-harmed across the UK during the same 12-month period, including 76,000 girls and 33,000 boys.

One young person told the charity: “I felt like self-harming was what I wanted to do and had to do as there was nothing else I could do.  I think there is help for young people but not the right kind of help.

“Feeling not pretty enough or good enough as other girls did contribute towards my self-harming, however, I don’t feel just being a girl is the reason as I think boys feel the same way too”.

Almost half of 14-year-olds who said they had been attracted to people of the same gender or both genders said they had self-harmed (46%), analysis of the Millennium Cohort Survey revealed.  Four in ten of these children had shown signs of depression (38%) and three in ten had low well-being (30%) – both compared with one in ten (11 per cent) of all children.

Matthew Reed, Chief Executive at The Children’s Society, said: “It is deeply worrying that so many children are unhappy to the extent that they are self-harming.

“Worries about how they look are a big issue, especially for girls, but this report shows other factors such as how they feel about their sexuality and gender stereotypes may be linked to their unhappiness.”

The Children’s Society’s new Good Childhood survey of 10-17-year-old children and their parents across 2,000 households, which is also part of the report, found children were least happy with school and their appearance.

It asked children about their experiences of school.  Nearly a quarter (24%) said they heard jokes or comments about other people’s bodies or looks all of the time, while more than a fifth (22%) of those in secondary school said jokes or comments were often made about people’s sexual activity.   Both made girls feel much worse about their appearance and less happy with their life as a whole, but this pattern did not apply to boys.

The research also suggests both boys and girls can be harmed by gender stereotypes and pressure to live up to these expectations.

Children felt under pressure from friends to be good looking but those who felt boys should be tough and girls should have nice clothes were least happy with life.

The report suggests that happiness with family relationships could be the best protection for children because it has the biggest positive influence on their overall well-being.

Matthew Reed added: “It’s vital that children’s well-being is taken more seriously and that much more is done to tackle the root causes of their unhappiness and support their mental health.

“Schools can play an important part in this and that is why we want the Government to make it a requirement for all secondary schools to offer access to a counsellor, regularly monitor children’s well-being and have their mental health provision assessed as part of Ofsted inspections.

“Issues like appearance, gender stereotypes and sexuality should be included in the new Relationships and Sex Education curriculum.

“However, early support for vulnerable children and families in the community, which can help prevent mental health problems from developing, is also vital, and ministers must urgently address the £2bn funding shortfall facing council children’s services departments by 2020.” 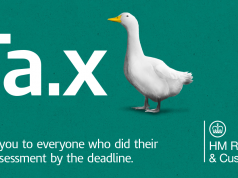