The number of households where no one is working has fallen by 49,000 in just a year according to official figures released today.

The figures, released by the Office for National Statistics (ONS), also show that the number of children in a workless household has fallen by 41,000 since last year, while the proportion of lone parents in work has risen to 68.9%. Nearly 9 in 10 children now live in a home with at least one working adult.

“We know that being in work is one of the best ways people can improve their family’s lives, and under Universal Credit people are moving into work faster and staying in work longer than the previous system. Unemployment is currently at its lowest level in over 40 years, and 3 million more people have found work since 2010.

“On Universal Credit people’s benefits reduce gradually as they take on more hours, ensuring that it always pays to be in work.”

Recent employment figures show that there are a near-record 32 million people in work, and the unemployment rate (4.3%) is the lowest since 1975.

Separate figures released by the Department for Work and Pensions on 29 November 2017 also show there were 1.9 million children living in a household where a parent or guardian is receiving out of work benefits in May 2016. This represents a decrease of 76,000 thousand since May 2015.

However, estimates for April to June 2017, previously published by ONS and repeated in today’s release, can be compared back as far as April to June 1996, enabling us to measure long-term records. 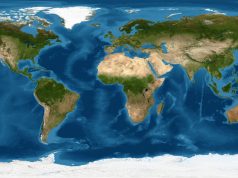