The number of GPs in England has fallen by nearly 1,000 since 2015 despite Conservative promises to boost numbers, new TUC analysis has shown today (Monday).

In 2015 the Conservative government pledged to recruit 5,000 more GPs by 2020. But since then the number of doctors at GP surgeries has fallen while patient demand has increased.

Doctors’ leaders say the average number of patients GPs should have on their list is 1,600 in order to provide a high-quality service.

But in September this year the average number of patients per GP was 2,100.

Rather than going down – as promised by the Conservatives – GP patient lists have increased by 160 (8%), on average, since 2015.

With demand on GP surgeries increasing unions say an additional 9,000 doctors are needed to run services at the right level.

The average wait for a routine GP appointment is now more than two weeks.

The North East (with an 11% drop in the number of GPs) and the East of England (-7%) have seen the biggest overall fall in doctors since 2015.

The five areas of the country in need of the most GPs are:

TUC General Secretary Frances O’Grady said: “The Conservatives promised a big increase in GP numbers. But on their watch the number of doctors has fallen while demand has increased.

“Our hardworking and overstretched GPs are working tirelessly to help patients. But there are simply not enough of them to keep up with demand.

“As a result patients are not getting the treatments they need on time. And family doctors are stressed and overwhelmed.

“The next government must invest in our NHS and boost GP numbers.” 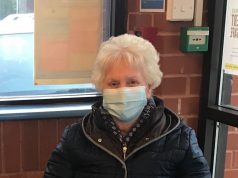 Covid-19: West Lancashire GPs are still there for you