Nuclear Safeguards Bill published in Parliament in preparation for the UK’s departure from Euratom.

The UK will establish a domestic nuclear safeguards regime under measures contained in the Nuclear Safeguards Bill, introduced to Parliament today (Wednesday 11 October).

As set out by Business Secretary Greg Clark on 14 September 2017, the government is committed to a domestic nuclear safeguards regime which will deliver to existing European Atomic Energy Community (Euratom) standards, exceeding those required by the wider international community.

The Bill, first announced in the Queen’s Speech, will bolster the roles and responsibilities of the UK’s existing nuclear regulator, the Office for Nuclear Regulation (ONR), once the UK leaves Euratom.

The UK will continue to be a member of the International Atomic Energy Agency (IAEA) and work is ongoing on new agreements with international parties to ensure it continues to meet relevant international standards.

“The Nuclear Safeguards Bill will help secure the future of the UK’s nuclear industry and high standards of nuclear safety and safeguards once we leave Euratom.

“We are bringing forward the UK’s first new nuclear power plants in a generation and it is in our mutual benefit to maintain the successful working relationship we have now with Europe, and the rest of the world, on nuclear matters. This is what we will be looking to secure in negotiations with our partners.”

Nuclear safeguards are processes which allow countries to show to the international community that civil nuclear material is used for peaceful purposes.

The UK will withdraw from Euratom in 2019 as a result of the decision to leave the EU and the Nuclear Safeguards Bill will ensure that the UK has the right regime in place for the ONR to regulate nuclear safeguards. 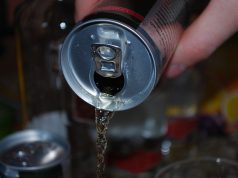