Spain’s Nuclear Security Council has said that one of the nuclear plants in the country has been shut down following an electricity outage which was possibly due to the gale-force winds.

In a statement the Nuclear Security Council has said that the Vandellos II plant in northeastern Spain shut down automatically at 3 p.m. (1400 gmt) on Tuesday after there was disruption to the electricity line. The council has said that the incident had not represented a threat to workers at the plant, the public or the environment.

Ange Lopera, a spokesman for the plant, has said that it was expected that the plant would be back working Wednesday or Thursday.

There are six nuclear plants in Spain, with eight reactors in all. 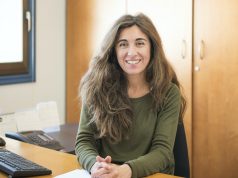 Investigation into submarine defueling and dismantling