An open plan design, with no partitions between desks (‘open bench’ configuration), may be healthier than other types of workstation arrangement for office workers, suggests research published online in Occupational & Environmental Medicine.

This lay-out is linked to higher levels of physical activity while at work, and lower levels of stress outside the office, the findings indicate.

It’s no secret that office workers are more sedentary than other types of worker, and that they don’t always make up for this physical inactivity at home, say the researchers. In the US alone workplace related ill health costs the economy US$225 billion a year.

Most previous studies looking at the impact of the workplace environment on employees’ health have focused on survey responses and none has looked at how the type of workstation might affect both physical activity and objective measures of stress.

So the researchers recruited 231 US government workers from four different sites, working in three different types of office environment: open bench configuration with no or very low partitions between desks; cubicles with high walled partitions that can’t be seen over while seated; and private walled offices.

Participants wore heart sensors and physical activity monitors, which captured the intensity of movement of any type of activity, for three consecutive work days and two nights. And they answered questions every hour on their smartphones during working hours to gauge their current mood. After they had completed their stint, they filled in a survey to assess their overall stress levels.

Analysis of all the data showed that workers in open plan offices with open bench configurations clocked up more physical activity than either workers in cubicles (20% more) or in private offices (32% more).

This is an observational study, and as such, can’t establish cause. And there may be other workplace design features that affect physical activity, including circulation patterns, availability of informal meeting space, and accessibility of stairwells, note the researchers.

But they write that this is the first study to show that an open bench configuration “may be an unrecognised positive factor in promoting physical activity levels at work.”

And they add: “Given the importance of physical activity to health, the fact that office workstation type may influence how much people move at work should not be overlooked in the health field.”

Office workers often tend to rate private offices or cubicles more highly for their greater privacy, but an open bench configuration may have other benefits, including more impromptu conversations, better communication, and increased awareness of co-workers, they say.

“The results of this study are an important step towards establishing best practices and guidelines for office design and operations,” they conclude. “There are ongoing and accelerating trends towards reducing dedicated individual work space in offices in order to save rental and other overhead costs, and to reduce environmental impacts of underutilised space.” 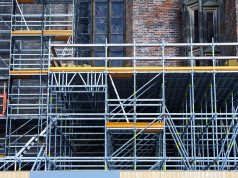 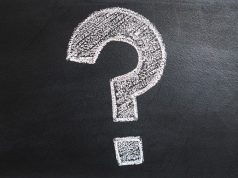 Can you give me 50 Cent’s phone number? 2019’s most unusual requests from Brits abroad

NHS Trusts must tackle stress and burnout among health professionals