The North West’s newfound love for baking looks here to stay, with new data from Alzheimer’s Society, ahead of the charity’s Cupcake Day on 17 June, revealing that 13% of the region’s population have picked up baking as a new skill in the past 12 months.

A survey by the charity shows that 38% of the region’s population have been using baking as a way to connect with others during the Covid-19 pandemic.

In the past year, a survey funded thanks to the players of People’s Postcode Lottery showed that on average, people in the North West spent three hours baking last month alone, with the average baker in the region baking six batches of cupcakes and five cakes in the last 12 months.

Around 23% of local respondents baked a cake for the first time since the start of the pandemic in March 2020 and 36% said they have used baking as part of their home-schooling routine.

Celebrity Chef and Alzheimer’s Society supporter Rosemary Shrager said: “Baking can do so much good for the soul, and the stomach, it’s wonderful to know so many of us have turned this past year into something positive by dusting off our aprons and whipping out our whisks. I’m looking forward to seeing a feast-worthy spread of lovely new recipes this Alzheimer’s Society Cupcake Day, and it couldn’t be for a better cause. Coronavirus has hit people with dementia the hardest – anything the people of the North West can do to help raise some badly-needed funds will make a difference.”

With over 31% of respondents in the North West agreeing that their baking skills have significantly improved over the past year and nearly 42% agreeing to continue baking as much as they do now in the future, Alzheimer’s Society is calling on first time give-it-a-goers and proud professionals to keep the baking craze alive by taking part in Cupcake Day, to raise funds for people affected by dementia, hit hardest by coronavirus.

People can take part in several ways, from organising a delivery ‘drop off’ of goodies to their neighbours, hosting a driveway bake sale in their area or having a socially distanced cupcake party in their garden with friends and family.

“We must never forget the grave impact the pandemic has had on people affected by dementia.

“Over a quarter of all coronavirus deaths in the UK have been people living with dementia, and thousands have faced an increase in symptoms because of social isolation and it has been a heart-breaking time for families, who have either been cut off from loved ones or faced a lack of any break from caring duties.

“But as we finally see a way through, and with so many people developing a love for baking over the past year, we are calling on bakers in Lancashire and Cumbria to unite and put their newly found baking skills to good use. By getting involved in Alzheimer’s Society Cupcake Day, you will be helping us reach even more people who need our help through our vital support and information services.”

The money raised from Cupcake Day will go towards Alzheimer’s Society’s vital support services, which are also funded thanks to the players of the People’s Postcode Lottery. The charity’s services, like its Dementia Connect support line have been used over five million times since March 2020 and have been a lifeline to thousands.

To sign up now to Cupcake Day or find out more please visit alzheimers.org.uk/cupcake-day 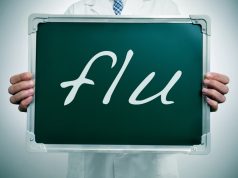 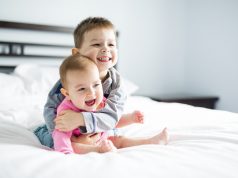 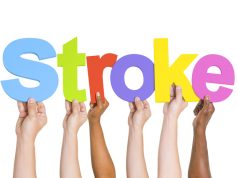