The railway between Wigan Wallgate and Manchester will be closed for the next three Saturdays (24 November and 1 & 8 December) as Network Rail engineers complete a major upgrade.

The additional shifts of work are needed to complete the Manchester-Bolton-Preston electrification scheme – part of the Great North Rail Project to transform train travel for customers across the north.

Closing the railway between Wigan Wallgate and Manchester, via Atherton and Bolton, means Northern customers on those routes will be offered buses instead of trains. Northern will, however, operate an hourly express service between Wigan North Western and Manchester Victoria.

Duncan Law, Network Rail sponsor, said: “We sincerely apologise for the very short notice we have given Northern and its customers.  The additional Saturdays are needed to ensure the project is finished by the end of the year.

Passengers planning journeys this Saturday are urged to check before they travel at nationalrail.co.uk or directly with their train company. That way they’ll have the very latest information.”

During the closures, engineers will make final adjustments to new overhead electric wires and complete installation of a new power supply.

An electrified railway between Manchester and Preston paves the way for faster, greener, quieter and more reliable trains in future.

The Great North Rail Project forms part of Britain’s Railway Upgrade Plan. It is a series of track and train upgrades which will bring long-term improvements for customers. 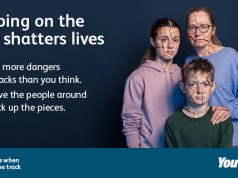 New safety warning as a third of British adults say they would risk all by stepping onto the railway track to retrieve their mobile... 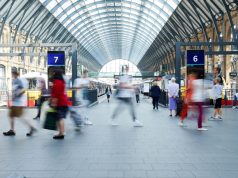 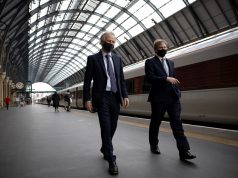 Great British Railways: for the passenger