The Environment Agency now has new powers to stop illegal waste sites posing a risk to the environment.

New powers to tackle waste crime come into force today as the Environment Agency is given the authority to lock up illegal waste sites and block access in order to prevent tonnes of waste piling up and posing a risk to the environment.

The Environment Agency has also been granted the power to require rogue operators to clear all the waste at a problem waste site, not just the illegal waste. The changes are in response to a public consultation where 90% of respondents supported proposals for the regulator to take physical steps to curb illegal waste activity.

As the fight against waste crime ramps up, the Environment Agency has also announced that its waste enforcement officers will be equipped with body worn video cameras on their visits to waste sites. The move follows a growing number of abusive incidents during site inspections.

The measures follow an extra £30 million of funding from the Government in November 2017 to tackle waste crime – an issue that drives business away from legitimate operators, blights communities and endangers the environment.

“These new powers will give the Environment Agency the tools they need to curb the rise of waste sites that continue to break the law and blight our communities.

“Through our 25 year Environment plan we want to be the first generation to leave the environment in a better state than we inherited it. As part of that commitment I am determined to crack down on these criminals and these new powers will be crucial in ending this criminal activity once and for all, backed up by £30 million of new money.”

“These are tough new sanctions against waste criminals and their unscrupulous activity which not only drains the economy but causes harm to the environment and damages livelihoods across the country. Last year, we closed down more than two illegal waste sites a day, and we’re determined to keep going.

“As we step up our fight against waste criminals, we also have a duty to protect our officers who put themselves in potentially hostile situations when they visit sites for inspections or to serve notices. The introduction of the bodycams provides an added deterrent as our officers do the important job of fighting waste crime.”

The use of body cameras was first trialled by the Environment Agency in the north east. Footage captured on a bodycam was recently used to bring a conviction against an offender for the first time. The defendant was found guilty of wilfully obstructing the officers in the execution of their duty and using abusive behaviour towards two officers.

“We want to get on with our jobs without the threat of violence and the cameras will help to protect staff and bring obstructive individuals to justice.”

In the financial year 16/17, the Environment Agency brought 138 prosecutions against businesses or individuals for waste crime offences, yielding more than £2m in fines.

For more information on the trial of the body video cameras, see www.gov.uk/government/news/environment-agency-trials-use-of-body-cameras

The responses to the 2015 public consultation on increasing EA powers are also available online. 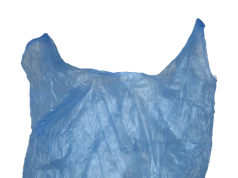