Next month will see the launch of new arts resilience network ‘art does not get you a job’ created by Edge Hill University’s Reader in Literature, Dr Mari Hughes-Edwards.

The network, whose members include the internationally renowned balletLorent, The Royal Society of Literature, The Royal Museums, Greenwich, and artist Stephen Raw who designed the new £2 Armistice coin, will be launched at The Poetry Society in London on 5th September.

With the aim of encouraging interdisciplinary collaboration across the arts sector, the network is open to groups and independent creatives from sectors spanning dance, drama, music, art, museum, publishing and bookselling industries.

Mari, said: “I am delighted that so many cultural groups and creatives want to join the network.  It shows how many of us are dedicated to working together to get into careers in the wider arts, and stay in them.

“We are, however, just as committed to working with independent creatives as we believe that every single one of us has the power to shape their arts future.

She added: “The network was inspired by a national broadcaster’s tweet: ‘art doesn’t get you a job’ during a 2018 radio interview.

“The network and I are determined to prove him wrong. Now more than ever, the arts are minimalised and trivialised, and we hope that the network will help ensure the survival of creative industries in a time of global austerity and marginalisation.”

Bringing together wider community engagement projects on a local, national and international level, ‘art does not get you a job’ will also host one-off events and lobbying activities and generate funding and income for new initiatives such as a mentoring scheme.

To find out more about ‘art does not get you a job’ go to:

Pulse Oximetry at Home roll out continues in West Lancashire 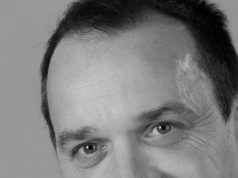