For many young people, it is a vital part of their education and future life opportunities, but this could be at risk unless the Government commits to fully funding the pay increase for all classroom teachers, including music teachers.

Music lessons in schools will be under threat unless the Government covers the cost of the teacher pay rise to include music teachers, councils warn today.

In the summer the Government announced that it would fully fund the pay rise for all classroom teachers, yet it has since emerged that this will not apply to centrally employed teachers (CETs), the majority of which provide music tuition. These are teachers employed directly by councils.

The Local Government Association, which represents 370 councils in England and Wales, is seeking assurances from the Government that it will meet the cost of the additional 1 to 2.5 per cent salary rise for CETs – estimated to be £5.5 million – which councils will not have budgeted for. The LGA says this burden cannot fall on local authorities.

If councils, which face a £3.9 billion funding black hole in 2019/20, are left to pick up the cost then some would have little choice but to reduce CET services such as music tuition.

There are currently 4,900 CETs who either provide direct teaching to children and young people or play key roles in supporting education professionals, at least half of which are in music services.

While the majority of these posts are within music teaching, other roles affected include support for children from black and minority ethnic backgrounds and traveller heritages; supporting disabled children; teaching outside schools such as within secure units; and supporting schools in early years provision.

“The UK has a proud history of musical excellence and many of the most well-known artists in the world over time would have benefited from music lessons. For many young people, it is a vital part of their education and future life opportunities, but this could be at risk unless the Government commits to fully funding the pay increase for all classroom teachers, including music teachers.

“While we were pleased that the Government announced that it would fully fund a pay increase for teachers in the summer, it needs to extend this to fund the pay rise for centrally employed teachers, such as those providing music tuition.

“Local government is already under massive financial pressure with many services overstretched. If this additional cost is left for councils to pick up then they will be put in the very difficult position of being forced to reduce certain types of education provision including music teaching.”

EU Exit: the Get ready for Brexit campaign 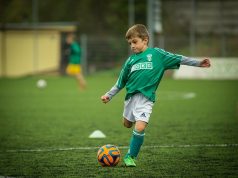