With 5G-enabled handsets entering the mass market for the first time in 2019, additional findings from Deloitte’s Mobile Consumer research has revealed consumers’ expectations for 5G and frustrations with 4G networks. Twenty-one per cent of smartphone users in the UK said that when they use mobile data at their place of work or study, their reception is reasonable enough for web-use. Meanwhile, only 13% of respondents agree that the service quality is good enough to enable them to use the internet at all times while commuting.

There will be about one million 5G smartphones sold globally in 2019, out of a total 1.5 billion handholds sold, according to Deloitte’s TMT Predictions 2019 report. In the UK, 5G smartphone shipments are predicted to total about 50,000 in 2019, and are expected to grow to between two and three million in 2020.

Paul Lee, head of research for technology, media and telecoms at Deloitte, commented: “The addressable market demand for upgrading to 5G is plain to see, with at least 15 million people ready to switch as soon as it’s available and working properly.

“However, the adoption rate for 5G in the UK is likely to be slower than for 4G, largely as the UK may be amongst the first countries to see 5G launched across all operators. By contrast, the first 4G launch was in 2009, but it was not until 2013 that all UK operators had launched their networks. Whilst sales of 5G handsets sold in the UK this year will be modest – just tens of thousands – the roll-out of 5G will be a multi-year project and it will take some time before the full extent of the new capabilities of 5G are demonstrated and proficiently marketed by vendors.

“Data-hungry consumers are naturally craving the data speeds 5G will offer, which are likely to be between ten and one-hundred times faster than current connections.”

Small screen steals the show
Deloitte’s research also reveals that the demand for faster, more reliable network connectivity that 5G promises is driven by consumers’ increasingly turning to their smartphones for entertainment and information.

Viewing video content is also growing in popularity, with 11% of UK smartphone users watching live TV on their smartphone at least once a day, up from 9% in 2017.

Meanwhile, 6% stream films or TV series on their device at least once a day, double that of two years previously.

Lee added: “Media has been a key driver for the adoption of the smartphone and the increasing demand for fast, stable network speeds. With younger consumers’ showing even greater usage of their handsets, networks will need to react quickly to ensure that appetite for mobile data on the networks is not left unfulfilled.”

Dan Adams, head of telecommunications at Deloitte, concludes: “Fundamentally, the UK is a 5G-ready nation. It will be up to the handset vendors and network providers to convince their customers of the benefits they will see from switching and overcome barriers such as price, inertia, over-hype and any scepticism. As 5G networks begin to be deployed, it will be areas of high footfall such as sports stadia, train stations and shopping centres that will give smartphone owners their first touchpoints with the technology.” 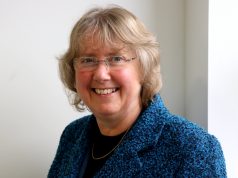 Data at the heart of SME Manufacturing growth plans