The Department for International Development and the Charity Commission will co-host a safeguarding summit today (Monday 5 March) to bring together UK international development charities, regulatory bodies and independent experts to commit to drive up safeguarding standards and take bold steps to tackle sexual exploitation and abuse within charities and by staff abroad.

International Development Secretary Penny Mordaunt has tasked the delegates to come up with a series of actions to address the shortcomings in the aid sector. Some of the ideas to be discussed at the summit include:

NGOs and charities in attendance will sign a joint statement setting out the key principles they will adhere to, and agree on a set of practical actions to take forward. This summit will speed up the process of improving standards and restoring full trust following the allegations that have come to light since early February.

“Now is the time for action. The aid sector needs to ensure it is meeting its duty of care to the world’s most vulnerable people. It needs to be honest about past mistakes. It must do all it can to win back the trust of the British public.”

“This summit is a crucial moment to learn lessons from the past and drive up standards across the sector.”

“Today, we begin taking the practical steps to ensure the safety of the people we help is always our first priority and that the British aid sector sets the standard for the rest of the world to follow.”

In a strong statement to Parliament following the Oxfam scandal, Ms Mordaunt set out how the public must be able to trust organisations, not only to do all they can to prevent harm, but to report and follow up incidents of wrongdoing when they occur.

“The recent accounts of sexual exploitation and abuse in the aid sector are deeply distressing. Not only have some aid workers abused the people they were sent to support, but by not exposing and responding to these serious failings properly at the time, charities have betrayed the public’s trust in what the word charity actually means.”

“I am encouraged to see leaders of international aid agencies coming together at today’s summit with a firm commitment to bringing about cultural change in charities and making the protection of people their top priority. The Charity Commission will work constructively with charities to identify practical changes and help make them work.”

“But however noble the cause, it will never justify means which fall below basic standards of conduct expected of any organisation. And if we are to restore public trust and the nation’s pride in what charities achieve, we have to show that’s what we understand.”

The points raised at the summit will be taken to a wide-ranging global safeguarding conference later in the year to drive action across the whole international aid sector.

This summit will build upon the action already taken by DFID in response to allegations of sexual exploitation and abuse in the aid sector, including: 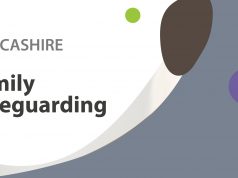 New service launched to keep families together in Lancashire 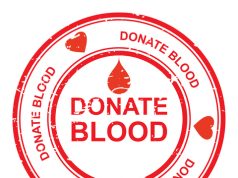