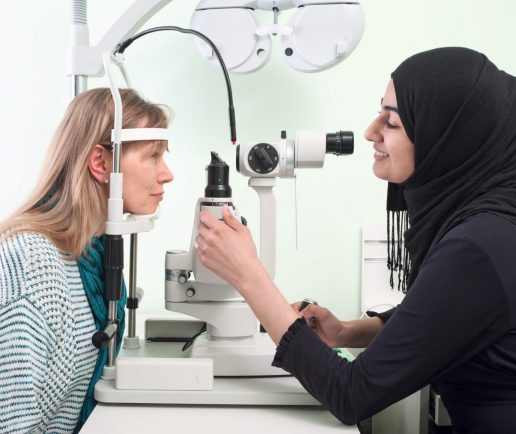 More than three million people in England could find their eye health at risk after missing out on vital checks due to lockdown, warns Specsavers.

Opticians provide upwards of 13 million NHS sight tests throughout England each year, which can detect early signs of eye health conditions such as glaucoma, that if left untreated can lead to vision loss.

Routine eye examinations were cancelled when lockdown restrictions were introduced, with opticians able to offer urgent and essential care only. Now that opticians in England, Wales and Northern Ireland are allowed to offer a full range of services, including routine eye testing, people are being urged to prioritise their eye health this Glaucoma Awareness Week (29 June – 5 July).

Commonly referred to as the silent thief of sight, glaucoma is irreversible and affects 64 million people worldwide, although it is one sight loss condition that can be identified and managed in its early stages through regular eye examinations. However, many people don’t realise that they have it due to its gradual onset.

The risk of developing glaucoma increases as we age and its prevalence is on the rise with an ageing population.

Giles Edmonds, clinical spokesperson for Specsavers says: ‘Fifty per cent of sight loss conditions are avoidable with early detection but as the Royal College of Ophthalmologists warned today, delays caused by the pandemic means many individuals have not had access to these diagnostic tests. It is estimated that an extra 1,000 people will have gone blind during the last few weeks, yet their vision could have been saved if they had received earlier treatment.

‘Like many others in the optical sector, we have remained open during lockdown to provide essential and urgent care. But being unable to perform routine eye tests has meant that some people – particularly our older customers who were self-isolating – could be living with serious conditions that could have been identified if we had been able to see them.

‘Our own data on hospital referrals shows that in England, compared with the same 10-week period last year, we have referred 80,000 fewer patients to a specialist for further care. What concerns me clinically is that most people who would have been referred before would not have presented any noticeable symptoms, and one of these conditions is the early stages of glaucoma. We hope that this key optical awareness week will prompt people to put their eye health top of the agenda now lockdown has eased.’

Glaucoma is the name given to a group of eye conditions in which the main nerve to the eye (the optic nerve) is damaged where it leaves the eye. This nerve carries information about what is being seen from the eye to the brain and as it becomes damaged vision is lost. This results in misty and patchy vision, with eventual loss of central vision, although this is rare. Although any vision which has been lost to glaucoma cannot be recovered, with early diagnosis, careful monitoring and regular treatment, most people retain useful sight for life. The only way to know if you have glaucoma is to have your eyes checked at an opticians.

Mr Edmonds says: ‘At Specsavers, we benefit from having advanced diagnostic equipment called OCT (Optical Coherence Tomography) that enables us to look at the eye in more detail than ever before and spot the early signs of many sight loss conditions.’

Certain groups have a greater risk of developing glaucoma. Karen Osborn, Chief Executive of Glaucoma UK, says: ‘There are several factors which could make you more at risk of developing glaucoma, such as family history of the disease. Those who have black–African heritage or who have higher levels of short sightedness are also more at risk. Your age also plays a big part, with two in every 100 people over 40 being affected by the condition.

‘These groups are critical for us to reach with our message during this awareness week and we encourage those who missed an appointment during lockdown to make booking a new one a top priority.’ 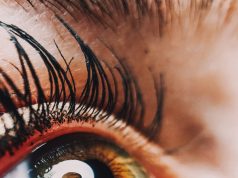 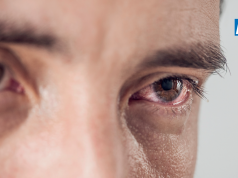 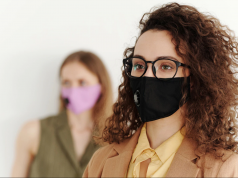