New degree apprenticeships are set to open the door to careers in everything from nursing to construction and food manufacturing, thanks to a multi-million pound fund.

Universities and colleges across England have been awarded a total of £4.5 million to develop new degree apprenticeships for students starting in September 2017.

Working in partnership with leading employers, the universities and colleges will offer 5,200 new opportunities for apprentices and their employers in preparation for the introduction of the apprenticeship levy in April 2017.

Designed by employers, universities and professional bodies, degree apprenticeships deliver high-tech and high-level skills and offer an alternative to a traditional degree course. Bringing together university study with paid work, degree apprentices spend part of their time at university and part with their employer.

The 18 successful projects, including the University of Cumbria, Sheffield Hallam University, London South Bank University and Nottingham Trent University, have been awarded funding from the Higher Education Funding Council for England (HEFCE) in the first round of a 2-year programme.

“Apprenticeships work, that’s why we’ve launched degree apprenticeships that give people a real chance to earn while you learn putting you on the fast track to a top career.

“This multi-million pound fund will allow universities and colleges to work with top employers to design high-quality degree apprenticeships that give people a ladder of opportunity, more choice and help shape Britain to become an apprentice nation.”

Almost 70 bids were submitted for the fund, showing the ambition and appetite from the higher education sector to get behind degree apprenticeships.

The government funding has been awarded by HEFCE to projects focused on boosting the number of degree apprenticeships available. It forms a key part of the drive to strengthen the reputation of on-the-job training by raising standards and creating more high-quality opportunities for young people and adults from all backgrounds. 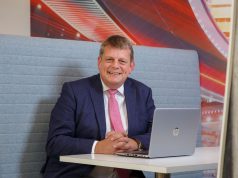