Scott Rees & Co solicitors have announced that they have signed a sponsorship agreement with Haydock Cricket Club for 2019-2020.

The sponsorship deal will see the home of Haydock Cricket Club be renamed to the Scott Rees & Co Cricket Ground with immediate effect in August 2019.

This is the second major sports sponsorship deal this year for Scott Rees following the renaming of the Ashton Town AFC ground to the Scott Rees & Co Stadium earlier in May.

The Managing Partner of Scott Rees & Co solicitors, Royston Smith said: “We moved to Newton-le-Willows, just opposite the Haydock Park Racecourse at the end of 2017. Since our move we have been looking to support our local community and talent.

We have known about Haydock Cricket Club for many years and have seen the work they do and the opportunities they provide to people to enjoy their sporting endeavours.”

The Chairman of the Haydock Cricket Club, David Cross said: “We’re very happy to have the support of Scott Rees to help us build the club for our players and community.

We are open most days so people are welcome to drop by for a chat and to have a look around.”

A new sign with the new name has since been erected at the Scott Rees & Co Cricket Ground in Haydock, which can be seen when passing by on Piele Road.

Scott Rees & Co solicitors are a legal firm in Newton-le-Willows, Merseyside who specialise in personal injury, conveyancing and will writing. Since 1992, Scott Rees have successfully earned millions of pounds of compensation for their clients in no win, no fee claims. We pride ourselves as being able to deliver a genuine, reliable and professional legal service that is stress-free and personal to you. 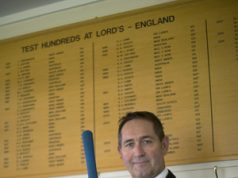