Around 11 million households who have stayed loyal to energy suppliers on poor value energy tariffs will pay a fair price from today (1 January 2019) thanks to the government’s price cap.

The cap will bring down the amount consumers have been overpaying to energy companies, including the Big Six, by £1 billion a year, starting this winter when households are typically using more energy to heat and light their homes. It will remain in place until at least 2020, while energy suppliers and industry continue to work with the energy regulator Ofgem and the government to build an energy market that works better for all consumers.

“Our energy price cap will cut bills for millions of families and people across the UK who have been ripped off by energy companies for far too long. From today, money will go straight back into the pockets of loyal consumers, including the elderly and those on lower incomes who feel the pinch more acutely.

“But work to tackle this issue doesn’t stop there. We’re working with regulators and industry to ensure that consumers are not unfairly overcharged in the future – whether on their phone bills or their insurance premiums.”

“Today marks the end of unjustified price rises on energy bills as this government delivers on time on its promise to protect millions of households from poor value deals, especially the vulnerable.

“For too long, suppliers have failed to pass on any savings to their customers, who deserve to pay a fair price for their gas and electricity. Switching supplier is still the best way to find a better deal, but that doesn’t mean customers should be punished for their loyalty.

“Bill payers can now be confident that any change to the price cap will be a fair representation of the actual costs of energy, rather than suppliers passing on inefficiencies to their customers or as excess profits.”

Following a consultation, Ofgem set the price cap level at £1,137 per year for a typical dual fuel customer paying by direct debit. The amount customers will pay depends on how much energy they actually use, as the price cap sets a limit on how much suppliers can charge per unit of gas and electricity not on overall energy bills.

Ofgem will review the level of the cap every 6 months taking into account any changes to the actual costs of providing gas and electricity to energy customers. The first review will take place in early February coming into effect on 1 April 2019.

“Under the cap, Ofgem will protect consumers from being overcharged and ensure they pay a fair price to heat and light their homes. Consumers can have confidence that any rise in prices in the future will only be down to genuine increases in energy costs rather than supplier profiteering while falls in energy costs will always be passed on to them.

“Households who are protected by the cap will be able to save even more money by shopping around for a better deal. In the meantime Ofgem will continue with reforms which aim to deliver a smarter, more competitive energy market which, combined with protection for those who need it, works for all consumers.”

The Domestic Gas and Electricity Act, which passed Parliamentary scrutiny and became law on 19 July 2018, put in place a requirement on Ofgem to cap standard variable and default energy tariffs after the Competition and Markets Authority (CMA) found consumers had been overpaying the Big Six an average of £1.4 billion a year.

While the temporary cap is in place, energy suppliers and industry will continue to work with Ofgem and government to build an energy market that works better for all consumers, ensuring they get the best service for a fair price so that everyone reaps the benefits of the move to a smarter, more digital economy.

Other measures designed to deliver the government’s objective of clean, affordable and innovative energy, while tackling fuel poverty, as part of our modern Industrial Strategy include:

Fraud victims face a lottery to get their money back 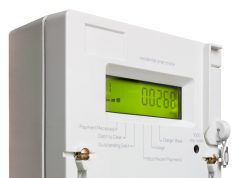 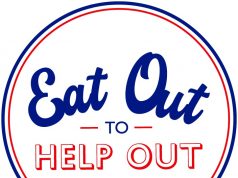 Eat Out to Help Out – look for the logo