Large parts of England are effectively ‘democracy deserts’, with hundreds of thousands of potential voters denied real choice in this May’s elections, according to unprecedented new analysis by the Electoral Reform Society.

300 council seats in England have been guaranteed for one party or individual before a single ballot has been cast, weeks before the May 2nd polling day – affecting around 850,000 potential voters.

This includes nearly 150 councillors who will win their seats without a single vote being cast. In these wards the number of nominated candidates equals the number of councillors to be elected. Around 270,000 potential voters in these ‘democracy deserts’ will be denied their democratic right of expressing a preference about who will represent them locally, the ERS briefing shows.

“Elections are a cornerstone of our democracy. Yet hundreds of thousands of people are being denied the chance to exercise their most basic democratic right and have their say on who represents them.

“For these potential voters, democracy has been cancelled, and they are going totally unheard. It is frankly a disgrace in the 21st century for parties to have landed 300 seats without a single ballot being cast. Around 850,000 potential voters in England live in wards where a party or individual is guaranteed a seat – weeks before polling day.

“Large parts of England are at risk of becoming ‘democracy deserts.’ This research also highlights ‘under-contested’ seats in multi-member wards, where representation is guaranteed due to a lack of competition. The result is councillors who have no proper mandate from the people they serve. This lack of democratic competition is bad for scrutiny, bad for local services and bad for democracy.

“Since moving to a proportional voting system [STV} for local elections in 2007, the scourge of uncontested seats has almost vanished in Scotland.  Yet voters in England remain restrained by a one-person-takes-all system, where all votes not cast for the one winner go to waste. The result is a worrying number of ‘one party states’, safe seats and electoral wastelands. This is a disaster for faith in politics and – as we’ve seen – for competition too. Nowhere should be a ‘no go zone’ for parties.

“It’s time we brought the era of rotten boroughs to a close, by scrapping the broken first-past-the-post system in England and ensuring there is always real competition. A more proportional system would end the crisis of local ‘one party states’ and open up our politics at last.”

The Welsh government is currently consulting on allowing councils to switch to a more proportional voting system. 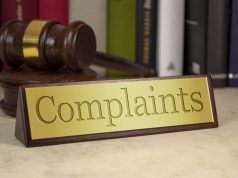 Complaints data for councils in the North West issued today 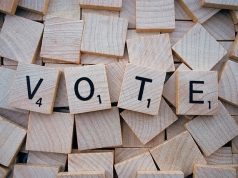 Casting your vote will be different due to Covid-19