The owner of a local town centre pub and a Wigan singer have donated £700 to a new WWL Healthcare Heroes fund.

Paul who owns the Jaxon’s Court establishment said: “We raised the money in two ways. From the pub we decided to raffle off three barrels of Real Ale over three consecutive weeks, inviting bids with the highest bidder winning the beer.

“Lawrence also held a virtual gig for the pub and asked for donations as he was singing over the course of two hours one Sunday afternoon.”

Lawrence said: “The NHS is close to the heart of Paul, Delia, and myself, together with our friends and family.

“We all know the exceptional work NHS staff do, and how challenging this has become in present times so we had decided to raise funds to show our appreciation for the care they give. The WWL Health Care Heroes fund seemed the perfect channel with its focus on providing support for the mental well-being of staff, particularly those involved in direct Covid care.”

Ged said: “We’re honoured to receive such an incredible amount that was raised in such a short time.

“On behalf of everyone at the Trust, I would very much like to thank Paul, Lawrence and everyone who has donated to our new Healthcare Heroes Fund.”

The ‘WWL Healthcare Heroes Fund’ was set up for staff welfare following several enquiries from the local community asking how they could help. Donations to this fund will then go on to support WWL staff and their wellbeing through the pandemic and beyond.

If you would like to donate to the fund directly, text ‘WWLHEROES’ to 70480, donate £5 (Texts cost £5 plus one standard rate message) or visit www.justgiving.com/campaign/wwlheroes to make a donation or set up your own fundraising page. 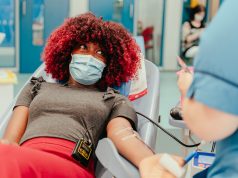 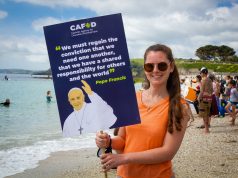