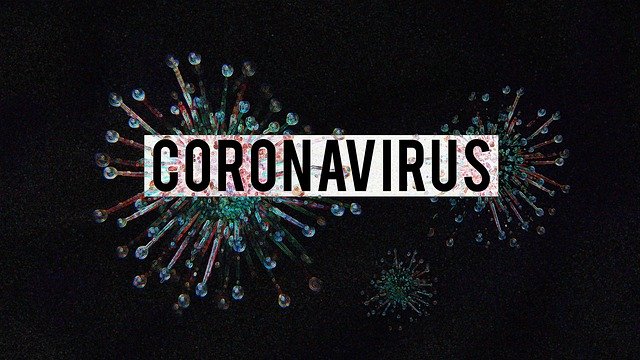 Everyone living or working in Liverpool will be offered COVID-19 testing, whether they have symptoms or not.

Everyone living or working in Liverpool will now be offered COVID-19 testing, whether they have symptoms or not, in the first pilot of whole city testing in England made possible by the dramatic increase in testing capacity and new technologies.

At the request of and in close collaboration with local leaders, the Prime Minister is announcing the first deployment of whole city testing in order to help support the local area to find even more people with coronavirus to control the spread of the virus and gain more data on the number of cases across the city, which are already among the highest per 100,000 in the UK. Testing will begin this week.

Residents and workers will be tested using a combination of existing swab tests, as well as new lateral flow tests which can rapidly turn around results within an hour without the need to be processed in a lab, as well as LAMP technology due to be deployed in Liverpool University Hospitals NHS Foundation Trust for NHS staff.

Local leaders who invite mass testing will benefit from receiving a clearer picture of the number of cases across the city, enabling them to make informed decisions to manage the spread of the virus and support their communities. The greater the number of people who participate, the greater the accuracy of the local picture, which will mean better local decision-making to suppress the virus to help communities get back to doing more of the normal things they like to do.

Testing will be carried out in sites across the city, including a large number of new sites determined by local leaders. There will be a variety of ways to book a test, including online, walk-up, or by invitation from the local authority. Testing will be carried out in new and existing test sites, using home kits, in hospitals and care home settings, and schools, universities and workplaces.

Positive results from tests will be collected by NHS Test and Trace, and published as part of the daily case numbers, including how many positive cases are detected with this new method of testing. Results will be received from NHS Test and Trace via text and email.

Anyone who tests positive, using either a lateral flow test or an existing swab test, must self-isolate along with their household immediately and their contacts will be traced. Those who test negative will need to continue to follow all national guidance.

These more advanced tests will help identify infectious individuals who are not displaying symptoms and help far more positive cases so they can self-isolate and prevent the virus from spreading, in a first step towards rolling out mass testing more widely across the UK.

“These tests will help identify the many thousands of people in the city who don’t have symptoms but can still infect others without knowing. Dependent on their success in Liverpool, we will aim to distribute millions of these new rapid tests between now and Christmas and empower local communities to use them to drive down transmission in their areas.

“It is early days, but this kind of mass testing has the potential to be a powerful new weapon in our fight against COVID-19.”

“Last month we set out our ambition to use the latest mass testing technologies to bring this virus under control.

“Mass testing will help us to control this virus, by finding it even before people get symptoms. I’m delighted we can now roll out mass testing to whole cities – starting with the City of Liverpool. Using half a million of the very latest rapid tests, this rollout can help suppress the virus and give residents and workers some peace of mind.

“I want to thank local leaders, Mayor of Liverpool Joe Anderson and City Region Metro Mayor Steve Rotheram, and Liverpool’s Director of Public Health Matt Ashton, who will continue to work hand in hand with our dedicated armed forces to provide tests to anyone who wants one, fully supported by NHS Test and Trace.

“Everyone in Liverpool can help play their part by getting a test and following the rules, including the critical basics of ‘Hands. Face. Space’.”

Eligible individuals who test positive – and contacts who are required to self-isolate – will be entitled to the £500 Test and Trace Support Payment in the same way as a regular swab test ordered through NHS Test and Trace.

Whole city testing aims to protect those at highest risk and find asymptomatic cases to help prevent and reduce transmission in the community. By testing a large proportion of a single town or city more positive cases can be identified and told to self-isolate to help control the spread.

Liverpool is in local COVID alert level very high and weekly cases currently stand at 410.4 per 100,000, as of 25 October. The government’s strategy is to suppress the virus while supporting the economy, education and the NHS, until an effective vaccine is widely available. Local action is at the centre of the government’s response, and engagement with local authorities is, and will continue to be, a key part of this process.

Liverpool City Council will set out how residents and workers will be able to access the tests this week.

“During negotiations with central government, myself and Steve Rotheram have always highlighted the need for enhanced public health intervention measures in Liverpool and the wider city region, and we were keen that we should be considered for any new strategies to tackle the worrying rise in COVID-19.

“We are pleased that our numerous conversations have resulted in Liverpool becoming a pilot for mass testing, which will help to quickly identify people who have the virus and reduce transmission substantially.

“We are seeing a slow reduction in figures in Liverpool which shows we are on the right path and residents and businesses are working together and following guidelines for the greater good.

“We hope this new initiative boosts our efforts, and we will continue to see the numbers of positive cases drop across the city.”

Alongside NHS Test and Trace and commercial partners, the Ministry of Defence will supply additional military personnel to support the COVID-19 mass testing initiative in Liverpool through assisting local authorities with planning logistics locally, and delivering the additional lateral flow testing part of the programme. Roughly 2,000 personnel will be deployed from Thursday 5 November.

Since the start of the pandemic, the Armed Forces have deployed specialist planners, medics and logisticians to assist with the Government response to the outbreak through the COVID Support Force. When the national testing programme launched, the Armed Forces provided invaluable support, deploying thousands of personnel at short notice across 236 mobile testing units, carrying out more than 700,000 tests. As part of the sustainable testing model for the long term, personnel were replaced with civilian operators, but Armed Forces have continued to bolster local logistics and outbreak management.

“Since the start of the pandemic, the Armed Forces have worked with colleagues across government to increase the national testing capacity. We will be deploying 2000 talented Armed Forces personnel to, once again, rise to the challenges posed by COVID-19 to ensure we go above and beyond for the Liverpool community – we will have your backs throughout the trial.

“The military are uniquely placed to help with the fight against COVID-19 and remain ready to support with the mass testing initiative in Liverpool along with the additional needs of the country at this time.”

“Mass testing has the potential to enable us to find the vast majority of people who have coronavirus, regardless of whether they have symptoms or not, and therefore dramatically enhance our ability to stop the spread of the virus. This first deployment of whole city testing in Liverpool is a really important step forward and is thanks to the big increase in testing capacity and our investment in new testing technologies.

“NHS Test and Trace will continue to work closely with local leaders, directors of public health and the Armed Forces to ensure Liverpool residents and workers can benefit from these advances. By everyone in Liverpool coming forward to get tested, and isolating if they need to, we have a real opportunity to make a massive difference.” 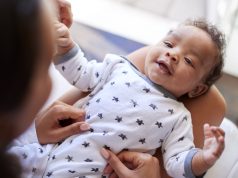 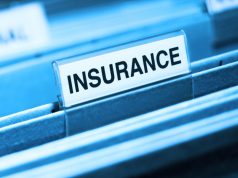