Mere Grange is a 21-acre strategic employment site, located close to the M62. The site already benefits from a first phase of office workspace, but phase two will now see the development of 149,250 sq ft of light industrial space, creating around 60 new jobs and bringing £13.9m of investment into the area. In addition, the site could also see the development of up to 120 new homes in a future phase.

“This is a great example of the City Region playing to our strengths for our collective benefits. The City Region, and St Helens in particular, continues to be a national centre of excellence for manufacturing and associated industries. This kind of investment underscores the Combined Authority’s determination to drive forward a modern industrial strategy in the City Region.”

“The approval by the Liverpool City Region Combined Authority of £1.85m of funding to support the development at Mere Grange is fantastic news for St Helens.

“The development of phase one of the Mere Grange site has already seen the creation of 154 new jobs. This funding will now allow for the development of Phase 2, which will offer just under 150,000 sq ft of new high quality workspace and provide for approximately 60 new, additional jobs, plus jobs within the construction sector.

“It has been my ambition as Council Leader to bring more employment opportunities to the borough, and the development of Mere Grange is another positive step in the right direction.”

“This is great news for St Helens as we take forward a new approach to growing the Borough. We know that there is a real need for smaller, modern, light industrial units to support the increasing numbers of small and medium sized businesses, and it is good to see private investment take place that will meet that need and for the City region to be recognising the potential of St Helens.

“Securing this funding is an important milestone in seeing a key regeneration scheme come forward.”

“The support of the Liverpool City Region Combined Authority has been instrumental in making this important mixed use employment-led scheme happen. As a major investor and developer in the Borough and wider Merseyside region, we are excited about delivering more employment space at Mere Grange. We expect to be in a position to let a contract for the works very soon and based on the enquiries received thus far we are confident that the market response will be positive. We look forward to completing the scheme in early 2018 and welcoming new occupiers.” 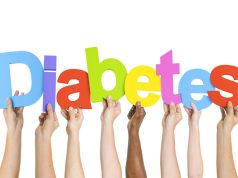 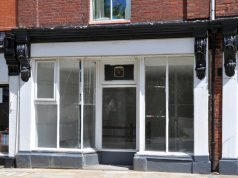