The majority of people don’t drop litter, but the amount dropped by the minority causes an eyesore for everyone, and the problem reaches a peak during the summer.

Plastic bottles, drink cartons, sweet wrappers, burger bags, cigarette stubs and other waste is dropped in pavements and parks, and many roadside verges are littered with fast food cartons, bottles and other rubbish thrown from cars and vans.

Cllr Kevin Wilkie, portfolio holder for street scene, said: “Most people don’t drop litter or dump rubbish, but the actions of the irresponsible minority spoil it for the majority. During the summer we find even more litter than usual on roadsides and pavements and so now the holidays are underway we are appealing to people to think about litter.”

Cllr Kevin Wright, portfolio holder for health, said: “People who drop litter spoil the environment that they live in. We can all help by talking to our children and our friends, and making sure we use the litter bins provided or take our rubbish home. The enforcement officers make regular patrols and won’t hesitate to issue fixed penalty notices to offenders.”

Improving the local environment is a priority for the Council, which provides 800 litter bins and 250 dog waste bins, plus special recycling bins in town centres. The amount of waste collected from the bins and picked up from the streets and public places adds up to around 70 tonnes each week – that’s about seven bin-wagon loads. Around £1million each year is spent by the Council on street cleansing.

Litter enforcement officers carry out uniformed patrols and issue fixed penalty notices to offenders. Fly tipping is an even more serious criminal offence and  offenders can face fines of up to £50,000 for dumping household, commercial or industrial waste.

Find out more about litter and how to report fly tipping online at www.westlancs.gov.uk/litter 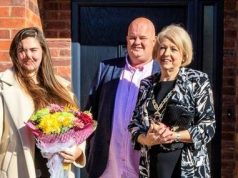 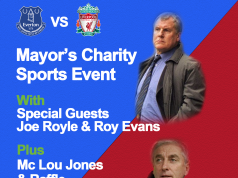 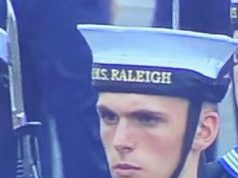 HMS Raleigh for one of the Royal Navy’s newest recruits!