The Innovation in Action Awards celebrate collaboration between UK and Asia Pacific companies and themes of the forthcoming GREAT Festival in Hong Kong.

Twelve shortlisted trade projects all demonstrate how new ideas can transform the way we work, live, play or learn – the 4 themes of the GREAT Festival of Innovation that begins in Hong Kong on 21 March.

The awards, which provide a snapshot of international trade at its most ambitious and innovative, will celebrate a variety of brilliant partnerships between UK and Asia Pacific companies of every kind, from large corporates to new start-ups.

The Great Festival of Innovation in Hong Kong will showcase some of the best British businesses to the Asian market. The festival, which has been organised by the Department of International Trade, will take place from 21 to 24 March and bring together business leaders, government ministers and the latest ground-breaking technologies from the UK and across Asia.

Other projects up for an award include:

“I am delighted to launch the GREAT Innovation in Action Awards, which showcase cutting edge collaborations between UK and Asian companies that will change the way work, live, play or learn in the future.

“The IMF predict 90% of growth will come from outside the EU in the coming years, so it’s vital that more UK companies develop these business partnerships across the Asia Pacific region.

“That’s why, as an international economic department, we are helping UK companies forge new business ties that will boost exports and investment and bring more jobs and prosperity to every part of the country.”

The awards are being launched as further good news arrives for related sectors in today’s ONS trade statistics, exports of British electrical equipment rose by 13.3% in 2017, with machinery exports also up by 12.8%. UK exports rose 11.5% (£64.5 billion) to £625.9 billion in total with the overall trade deficit narrowing by £12.8 billion in the process.

Members of the international business community can vote for shortlisted projects, and winners will be announced on Wednesday 28 March. The full list of nominations and votes for the most innovative collaborations can be cast at www.greatinnovationawards.com.

Other projects nominated include: 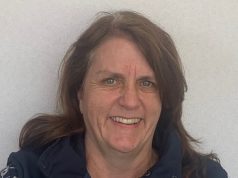