People should avoid turning to ruthless loan sharks to make up for a loss of income during the coronavirus crisis as the number of people claiming benefits has risen by an average of 1,000 per cent across the country, the Local Government Association warns today.

Councils are urging people desperate for a loan to steer clear of illegal money lenders who typically charge sky-high interest rates, rely on extortion, rarely issue paperwork and are likely to plunge them into worse debt for a longer period.

The LGA is calling for tougher sentences for loan sharks and says anyone experiencing money problems should contact councils and their partner organisations who are developing better financial support for households with debt and repayment worries.

Since the lockdown started, millions of workers have seen their salary fall after being furloughed or laid off by employers, while the number of people seeking benefits has soared.

District postcode figures show that Universal Credit claims have risen by an average of 1,007 per cent across England.

Councils and their debt advice partners are concerned that people are waiting until they are in severe financial difficulties before they seek help, or could turn to loan sharks instead amid widespread and significant falls in people’s income.

Loan sharks often charge exorbitant interest rates, put pressure on customers to take additional loans and, in the worst cases, make threats and harass those who have difficulty in paying. In the most extreme cases loan sharks have been prosecuted for blackmail, violence and kidnap offences.

The LGA is urging people who think they are going to have difficulty paying bills, or are worried about meeting other financial commitments, to avoid turning to loan sharks and seek free impartial advice as early as possible.

Some councils are using data to intervene earlier by identifying people with low-level payment difficulties and targeting them with support, while other councils have established discretionary hardship funds to help lower-income households facing considerable problems with rent payments.

The LGA is calling on the Government to consider and fully fund the role of councils in supporting low-income households with debt and repayment worries.

Cllr Simon Blackburn, Chairman of the LGA’s Safer and Stronger Communities Board, said:

“We know many people are struggling to make ends meet during the coronavirus crisis, but loan sharks should be avoided at all costs. These illegal loans typically come with astronomical interest rates, soon spiral into uncontrollable debt that can never be repaid, and are typically enforced through intimidation and violence.

“There are much better, safer and cheaper ways people can manage their money.

“Anyone struggling with debt problems can contact their local council or advice provider first, while charities also offer similar services. These will all be focused on offering genuine help in the most affordable way, rather than illegal money lenders who profit from other people’s misery and should not be used for any quick cash fix.

“With councils’ budgets under significant pressures, the Government needs to ensure local authorities have the necessary funding to support those in need.”

Loan sharks can be reported in confidence to your local council’s trading standards team via the Citizens Advice Consumer Service on 0808 223 1133, or to the Illegal Money Lending Team on 0300 555 2222.

The production and distribution of cash 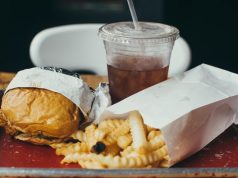 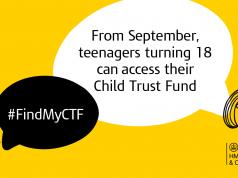