Lancashire County Council is urging people to park carefully and leave enough room for a gritting vehicle to get past.

Highways teams have recently put up temporary warning signs on lampposts in areas where poor parking is most problematic.

Ridwan Musa, Lancashire County Council highways manager, said: “We know there is pressure on parking in some areas, but we’d ask people to think carefully about how they park and leave room for a gritter to get past.

“It’s a real problem in some places, where more often than not the gritter can’t get past, with the driver having no option but to reverse and miss out part of the planned route.

“Not being able to grit can leave these roads slippery, particularly when snow is forecast and the grit helps to stop the snow from sticking to the road – it can be the difference between the snow turning to slush as traffic mixes in the salt and becoming much less of an issue, to the snow being compacted into ice and causing problems.”

Parked cars are most often a problem for the gritters on residential streets in towns and villages, with drivers saying they can’t treat some hotspots around 90% of the time.

Parking on corners is a particular problem as it means the gritters don’t have room to turn.

On top of the 1,800 miles of priority roads which are gritted whenever a freeze is forecast, the county council has also identified the second most important roads which are treated during periods of continuous ice and snow, but only during daylight hours and after the higher priority roads have been cleared. These routes include many residential roads where poorly parked cars could block access for the gritters.

Find out more about gritting routes, and advice on clearing snow, travelling safely, and keeping well. Follow us on Twitter or Facebook for news and updates. 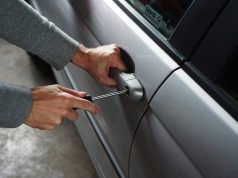