Cllr Julie Gibson, Lancashire County Labour Group Shadow Cabinet Member for Economic Development, has called on the Government not to forget Local Councils as they work towards securing a future trade deal with the EU.

Cllr Gibson said: “Since the referendum, Councils have played a vital part in preparing for Brexit, often against an uncertain backdrop and concerns over a no-deal Brexit.  After lobbying from the Lancashire Labour Group, Lancashire County Council has initiated a Brexit hub, which offers local support to residents and businesses. But despite this, there are still many concerns and continued uncertainty around replacement EU funds for vital Lancashire projects.”

She continued: “We were told that The UK Shared Prosperity Fund would be the replacement for EU funding throughout Lancashire. The Local Enterprise Partnership (LEP) was allocated some £232million of EU Funding for the years 2014-2020 (figs from LEP Draft Structural and Investment Funds Strategy for Lancashire 2014 – 2020 published Sept 2015). This funding has played a crucial part in supporting City Deals throughout the County and the “Boost” programme which has benefited a number of businesses in West Lancashire. There is still uncertainty as to when and how much we will receive of this replacement funding.”

Cllr Gibson said: “In December 2018, the International Trade Select Committee recommended that Councils should have a voice throughout the trade policy process. As we renew trading relationships across the World, Councils have a key role to play in building new economies and attracting new business investments into their communities. Local Councils are the ones on the frontline; we pick up the pieces when things go wrong. I urge the Government to work with us to ensure a smooth transition period.”

Number of potholes being fixed has increased 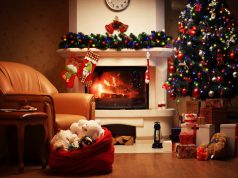