Two campaigns run by Lancashire County Council are in the finals for this year’s prestigious Municipal Journal annual awards.

The first, Beyond All Limits, is a tongue-in-cheek spy thriller championing the abilities of young people with disabilities. Made by a team of eight young film-makers who were frustrated by the way issues around disabilities were communicated, they formed Golden Raven Productions, an independent film production company.

The film has already enjoyed some success after being shortlisted for the 2014 Local Government Chronicle Awards in March this year.

The second campaign, entitled ‘Could You Love Me’, used a variety of different media and approaches to encourage new adopters to come forward and provide families for children of many different ages.

The campaign was aimed at members of the public, their colleagues at work, the organisations they work with and their friends and family. It was featured in the media, on billboards and involved encouraging people to ‘like’ the campaign on Facebook and to retweet adoption messages on Twitter. The adoption team also held events so that people could find out more.

Matthew Tomlinson, Lancashire County Council’s cabinet member for children, young people and schools, said: “There’s so much out there these days in the media and online, that you have to be seriously imaginative to capture people’s attention. Luckily for the county council, we have frontline staff and communications experts who come up with original ideas and know what works.

“Both campaigns presented colleagues in the young people’s service and the communications team with interesting challenges; changing people’s mindsets on disability has proved to be stubbornly difficult for many years. However, with their film, Beyond All Limits, I believe Golden Raven have risen to that challenge really well.

“Finding different and original ways to promote adoption is never easy. However, the Could You Love Me campaign has increased the number of adoption enquiries by 44%.

“Good luck to everyone who worked on both campaigns. I have no doubt that, whether they come back with an award or not, the judges will be very impressed with the overall quality of the campaigns and the clarity of the messages.”

The winners will be announced on Thursday, June 19, at the Hilton on Park Lane in London. 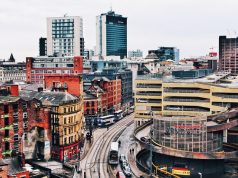