In the latest twist in the financial folly of the Conservative run Lancashire County Council, they have paid an undisclosed sum to a company called Veritau, to investigate the funding of charities, community organisations and other organisation supporting local people right across Lancashire.

The investigation was surrounding the decision in 2016/17, that the County Council made arrangements to provide one-off funding to a number of community led wellbeing projects.  The projects were neighbourhood level schemes which were intended to help promote health and wellbeing as part of the County Council’s overall public health agenda.

The idea of providing funding to community groups and organisations as a way of building resilience and improving health outcomes at a local level is in line with national policy and the County Council’s Health and Wellbeing strategy.  The approach has also been replicated by other councils.

The Conservatives have added their own recommendation to the report calling for the police to investigate the community organisations, council officers and councillors. This is not part of the Veritau findings or recommendations.

“The approval of the projects was undertaken in accordance with the County Council’s decision making processes and was therefore lawful.”

Cllr John Fillis, Labour Deputy Leader, said “The Conservative Administration are now using Lancashire Tax Payers money as their own political slush fund to attack members of the opposition and take money away from these organisations that support local communities.”

“Veritau make it quite clear in their report that there have been no unlawful actions on behalf of the council or organisations who have benefited from the funding. This has been supported by Lancashire County Councils own legal team. However we accept with hindsight things could have been done better by the administration.”

“We have been unable to certify that we have completed the audit of the accounts of Lancashire County Council since 2013 due to an on-going police investigation. Once this investigation is concluded we will be able to assess the impact on our audit responsibilities and update our audit work in order to complete the audit certificates for the intervening years.” 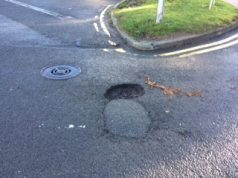