New analysis by IPPR North provides a rare insight into the relationship between business and the third sector in the North of England.

A survey of over 3,600 northern charities has found that businesses make a “significant contribution” towards the income of 70% of charities and other voluntary organisations in the North. Non-financial support is also highly valued, for example, 46% of charities in the North say they benefit from the provision of free facilities by business and 47% say they receive free expert advice from businesses.

But the voluntary sector prefers businesses’ cash, not just their volunteers. In fact, over three quarters of all third sector organisations say that the provision of volunteers from business is of little or no importance to them.

IPPR North’s Jack Hunter has highlighted this analysis as evidence that Northern businesses need to “get smarter” about the best way to support the voluntary sector, by making financial contributions or using their expertise, rather than by sending in squads of teams to paint buildings or perform other chores. He also explained that there is a need for a more strategic approach to relationship building between business and the third sector to avoid organisations being left behind.

One example of a successful collaboration is that of Kiveton Park and Wales Community Sports Park in Sheffield, with Harsco Steelphalt, an asphalt manufacturing business based in Rotherham. Harsco supported the community development trust to build their 4G sports pitch. Stephanie Hryschko, Chair of the Kiveton Park and Wales Community Development Trust said that “the in kind support, equating to £250,000, from Harsco Steelphalt was essential to the success of our Community Sports Park Development. Not only did it enable us to complete the build within budget but key personnel also worked closely with us throughout to deal with any problems as they arose. Their expertise led to a superb development.”

The report – The Value of Business to the Third Sector in the North – also finds that businesses prioritise those causes which are working to tackle poverty. But there’s a long way to go before business support for charities can be considered strategic. Currently, larger charities and those based in urban areas are more likely to benefit from support from businesses, meaning that smaller, more isolated charities are being left behind.

“Business in the North make a significant and valued contribution to the third sector, but businesses need to get much smarter in how they support charitable activity. One-off volunteering events might be easy to arrange and encourage teambuilding, but they tend to have limited value on the ground – instead charities get the most benefit from a long-term and sustained relationship with businesses.

“At a time when cash is hard to come by, voluntary organisations need financial support more than anything else. But this change of approach needs to work both ways- charities too need to reach out to businesses. Currently, 75% of Northern charities and voluntary organisations have no plans to work more closely with businesses in the future. This is a huge missed opportunity”.

“Many charity and business leaders may be surprised by the volume of financial and in-kind support given on social issues such as poverty. If the contribution of business remains largely invisible, then less of it will happen than could be the case. This research opens the door for more debate on where business can make a difference at the local level.” 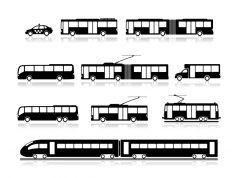 Northern leaders meet in Manchester next week to discuss investment in the region’s transport networks, updating the Strategic Transport Plan, and collaborative working with... 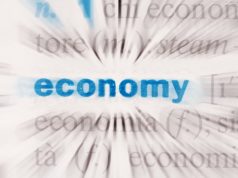