IPF (Idiopathic Pulmonary Fibrosis) Awareness Week this year runs from 16th to 22nd September and aims to put a spotlight on this relatively rare condition.

IPF is an incurable condition which causes scarring of the lungs, it reduces breathing efficiency and can become progressively worse over time.

And in support of raising awareness, one of Wrightington, Wigan and Leigh NHS Foundation Trust’s (WWL) Respiratory Specialist Nurses, Sandra Dermott will host an information stand at the Royal Albert Edward Infirmary, Wigan on the afternoon of Thursday 19th September.

As a result of Wigan’s industrial past, the prevalence of IPF in the borough is higher than in some other parts of the country, with around 100 patients being seen annually in WWL clinics.  There is no clear cause in the majority of patients and many sufferers may have worked in certain occupations that increase the risk of developing the condition, such as working with asbestos or in cotton mills.

At present there is no cure, as scar tissue cannot be repaired by the body or any medications.  Current treatment focuses on trying to slow the rate that scar tissue is formed and also controlling symptoms.

Andrew Mooney from Skelmersdale, was diagnosed in 2014 and has since been receiving treatment at WWL.

Andrew said: “My main symptom was a persistent cough, which nothing would relieve.  I first approached my GP who referred me for tests.  After a number of x-rays and a biopsy, I was diagnosed in 2014 with Idiopathic Pulmonary Fibrosis.

Andrew continued: “I would say to anyone with the condition; stay positive and as active as you can.  Go forward and look for things you can do, not the things you can’t.  There is support out there in the form of support groups and organisations like the British Lung Foundation and Action for Pulmonary Fibrosis; by supporting these organisations it’s hoped that treatments can be improved and hopefully a cure can be found”.

Dr Abdul Ashish, Consultant Respiratory Physician at WWL said: “Whilst there are over 30,000 people living with IPF in the UK – the highest prevalence being in the North West of the country – we feel a large number of cases are still going undiagnosed or being diagnosed when the disease has progressed to a severe stage.

“If you are experiencing progressive breathlessness with no clear reason for it, have worked in any of the related industries or have suffered from any of the mentioned conditions, please consult your local GP to assess whether any of our clinics may be of benefit to you”.

Whilst IPF doesn’t have any specific symptoms, most patients present with the condition of a persistent dry cough and progressive breathlessness, especially when exercising. There are also associations with certain skin and joint conditions, such as rheumatoid arthritis or lupus, which may predispose patients to this condition.

To help patients manage their condition, WWL has a dedicated IPF clinic based at the Thomas Linacre Outpatient Centre and is led by Respiratory Specialists and supported by Specialist Nurses. There is also a clinic done jointly by respiratory and rheumatology specialists once a month at Wrightington Hospital for patients who have IPF as a result of a skin or joint condition.

The borough’s patients can also benefit from a community based patient support group which is supported by the specialist nurses and held every two months at Wigan Hospice, Hindley, with the next meeting taking place on 30th September at 2pm.  The group gives people the opportunity to come together with other patients to discuss various aspects of treatment and sharing how to deal with the effects of the disease on everyday life. 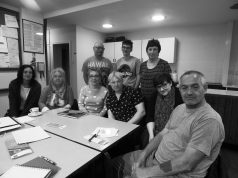 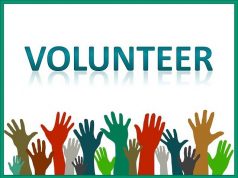 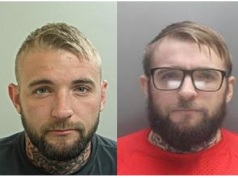