Projects working towards preventing HIV across England, which were funded by the Public Health England (PHE) HIV Innovation Fund, reached around 170,000 people at-risk of, or living with HIV – as well as the general public in 2017 to 2018.

The projects provided innovative, community-led interventions, through online campaigns, outreach, testing, support and media and art projects. The news comes as PHE announced the 14 local pioneering projects that have been awarded a share of the £600,000 fund available in 2018 to 2019.

The Fund supports volunteer organisations spearheading new approaches to HIV prevention and focuses on engaging at-risk or under-served communities, with the aim of funded initiatives ultimately being replicated and scaled up.

Previous success stories from the Fund include PROMOTE, a project run by Terrence Higgins Trust and the Bristol Drug Project, which focused on reducing the risk of HIV in male sex workers (MSW) and sex workers of other genders.

The project targeted between 50 to 150 MSW in Bristol, and found that building rapport with community members during online outreach was paramount as a first step, and peer-support groups are vital to MSWs’ health and wellbeing.

Another successful project in 2018, run by National Prison Radio, was a radio and podcast series for prisoners that aimed to dispel myths about HIV and provided support to people living with the virus in prisons.

Sex Talk was presented by BBC Radio 1’s Adele Roberts and talk show host Hilary Ineomo-Marcus. Over 24 episodes, Sex Talk featured over 70 people or organisations who are experts in this field, being medical professionals or those raising awareness, and, most importantly, people living with HIV. A series was available and broadcast to over 80,000 prisoners across England and Wales.

This year’s initiatives will support the UK’s ambition to achieve zero new HIV transmissions by 2030, which will be announced at the Global AIDS Forum today, Wednesday 30 January 2019. Projects that have been awarded funding from PHE this year include two charities collaborating to prevent HIV in women with female genital mutilation (FGM) in Berkshire; and The Grass is Always Grindr, a weekly drama series published on YouTube that focuses on how Londoners are affected by HIV.

Innovative, community-led interventions have a significant role to play in limiting the spread of HIV by targeting at-risk groups, including gay and bisexual men, black and minority ethnic groups (BAME), and prisoners. This is important when HIV remains a public health concern despite major advances in treatment and reductions in diagnosis. In 2017 an estimated 102,000 people were living with HIV and an estimated 7,800 people were undiagnosed.

“We have made fantastic headway lowering rates of HIV, and are excited to see how innovative projects around the country will help us eliminate all new cases by 2030.”

“Today we made the bold commitment to end HIV transmission in England by 2030.

“With the huge advances in antiretroviral therapy, a person diagnosed with HIV in the UK today can expect a normal life expectancy, but no one needs to contract the virus in the first place.

“We have the tools to eliminate HIV transmission – prevention, detection, and treatment. To help those most at risk, we need to support innovative community-led projects – they will target key communities and help end transmission in England.” 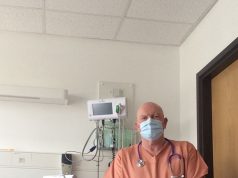