Detectives are appealing for information after a man was seriously assaulted in Skelmersdale.

Police were called at about 7.30am on Sunday April 4th, following a report that man had been found with serious injuries near Ferndale, Birch Green. Early enquiries suggest the incident took place near to Firbeck.

The man, aged 37, was taken to Aintree Hospital where his condition is described as serious.

An investigation has been launched and enquiries are underway to identify the offenders.

Detective Sgt Di Higham, of West CID, said: “This incident has left a man with some very serious injuries which we believe at this stage are the result of an assault. I would appeal to anyone who may have information which could help us piece together what has happened and identify the offenders to get in touch.” 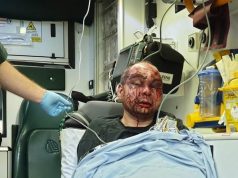