Humans now have a greater effect on shaping the surface of the Earth than natural processes do. Humans move about 24 times more material around the surface of the planet than rivers move sediment to the oceans. This movement, and the resulting change to landscapes, has accelerated since the mid-20th Century. It is therefore a significant characterisation of the proposed new epoch of geological time – the Anthropocene.

Three studies by scientists from the British Geological Survey and the University of Leicester have helped to determine the scale of human activity on our environment.

We excavate the planet for minerals and modify the landscape to develop our expanding cities and infrastructure. A study by Dr Anthony Cooper and his co-authors estimates that 316 billion metric tons (a volume of about 150 km3) of sediment is currently created annually by humans through these activities. This is 24 times greater than the sediment shifted each year by all the world’s major rivers.

A 100 years’ worth of data on mineral, metal and cement production (and the waste materials these generate), plus construction, dredging and land reclamation estimates have been studied. These all show a dramatic increase in the amount of sediment created during the mid-20th century onwards as the world’s population has grown.

Dr Anthony Cooper said: “For some resources, such as gold and diamonds, the amount of rock removed to retrieve quite small amounts of ore are enormous. A typical gold wedding ring containing 4 grams of gold now requires the excavation of between 4 and 20 metric tons of rock.”

Our cities have evolved over the centuries and now largely sit upon artificially modified ground (AMG). Ricky Terrington and his team at BGS have estimated these human-generated deposits that have accumulated in one city, London.

To determine the thickness and composition of this AGM, the team used historical and modern maps, digital models and borehole records from across the City of London and Tower Hamlets boroughs. The average thickness of AMG in the City of London Borough is around 3.75 metres and equates to the height of a full grown adult elephant. The total volume of human generated deposits is the equivalent of three filled Wembley stadiums or 4700 Olympic-sized swimming pools. This data was extrapolated across Greater London and the team estimate that the total human-generated accumulations weigh in at around 6 billion metric tonnes.

They also found that almost half of these artificial deposits have accumulated since the end of World War II, despite this time interval representing only 3% of the total history of the city.

“Recognising anthropogenic modification of the subsurface in the geological record”

We are increasingly excavating the subsurface for minerals, to construct buildings, tunnels, to sink boreholes and wells, to store wastes and resources and to test weapons. Our man made intrusions into the Earth change the physical structure and chemistry of the underground. A study led by Prof Colin Waters, based at the University of Leicester, investigated whether it is possible to distinguish humankind’s development of the Earth’s subsurface from natural processes. The infrastructure we introduce into the underground may provide a long-lasting and clear record of human interaction with the subsurface. However, the study found that the fracturing of rocks and the mineral or chemical changes as a result of this infrastructure often do not extend far from the original site. In many cases these changes can be very difficult to discriminate from natural processes.

Prof Waters commented that “our increasing interventions into the deeper parts of our planet will undoubtedly confound generations of geologists from the far future, as erosion and uplift will eventually expose our currently unseen activities.” 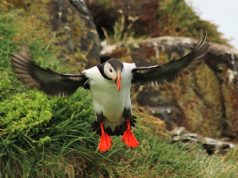 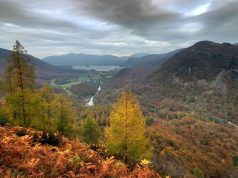 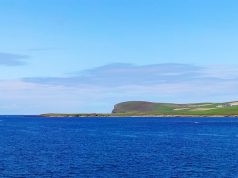