Porsche is celebrating a historic 17th win at the Le Mans 24 Hours after Nico Hulkenberg, Nick Tandy and Earl Bamber delivered a magnificent performance to score a shock victory on their LMP1 debuts.

A race that would see the pendulum of momentum swing between Porsche and Audi for several hours as different strategies played out, it was the #19 car that would unexpectedly ease clear thanks to a combination of savvy driving at critical moments and an avoidance of the niggles that would one-by-one steadily stymie its rivals.

Coming into the race, the ‘wild-card’ #19 Porsche was not tipped as an obvious contender, its driving line-up of Hulkenberg, Tandy and Bamber capturing headlines, but arguably lacking the experience of both Le Mans and LMP1 to be considered a likely favourite.

The car didn’t feature so strongly early on either, only hitting the front for the first time after the ninth hour having played a supporting role to the sister #17 and #18 919 Hybrids early on in what turned out to be a remarkably closely matched tussle between the Porsches and the Audis.

However, once the #19 car was ahead, it couldn’t be ruffled thereafter, with the driving combination of Hulkenberg and Bamber – both Le Mans rookies -, as well as Tandy proving quick, consistent and faultless from start to finish

Giving the Force India F1 driver the honour of crossing the line, the win marks Porsche’s 17th win at Le Mans to extend its record as the most successful manufacturer in the race’s illustrious history.

Indeed, the race itself would ultimately be defined by those that maximised their chances, with reliability proving so good amongst all leading LMP1 cars that it placed the onus on the drivers instead.

With strategies shaking up the order constantly and prompting numerous changes of lead during the early hours, it would take various niggles – including penalties and punctures -, rather than major problems, to hamper many of the leading contenders one-by-one

However, with the #19 Porsche proving both fast and bulletproof, it would steadily capitalise to ease out into a lead that would take it all the way to the chequered flag after 395 laps

Indeed, with the pace amongst the six cars proving evenly-matched, any delay would prove crucial, with the #8 Audi slipping out of contention when it suffered a dramatic crash early on, Loic Duval being caught out by a group of ‘slow zone’ cars ahead to hit the barriers in avoidance. Though the damage was superficial (albeit sizeable) and took just five minutes in the pits to repair, the #8 Audi never recovered back into the lead fight as a result.

Similarly, the #18 Porsche lost ground when Romain Dumas ran on and bumped the barrier, forcing an unscheduled stop that would keep it on the periphery of the lead fight even before Neel Jani did something similar later in the race.

As such, the first third of the race would see the #17 Porsche of Timo Bernhard, Mark Webber and Brendon Hartley, the #19 Porsche, the #7 Audi of Benoit Treluyer, Andre Lotterer and Marcel Fassler and the #9 Audi of Filip Albuquerque, Marco Bonanomi and Rene Rast emerge as the lead group.

However, the #7 Audi was always out-of-sync with its rivals due to an earlier unscheduled pit-stop for a puncture, while the #17 Porsche’s hopes of victory were ultimately determined when it was slapped with a one minute stop-go penalty on the ninth hour for overtaking under a yellow flag.

It was this moment that would ultimately release the #19 Porsche into the lead and though it would constantly swap it back with the #7 Audi as their pit strategies differed, eventually it would begin to pull away and firmly establish itself as the leader of the race overnight and into the morning.

From here, Audi’s challenge would begin to fade in the final quarter, each of its cars picking up niggling issues that would necessitate short, but crucial periods in the garage, not least the #7 car, which sustained bodywork damage in the 16th hour.

By contrast, not one of the Porsche 919 Hybrids would spend time in the garage because of mechanical issue, the #19 car hitting no single problem at any stage, its multiplied lead allowing it to relax during the final hours as the #17 Porsche created a buffer in second place, albeit a lap adrift itself.

A truly remarkable outcome for the trio given it is only their second race at LMP1 level – and for Bamber and Hulkenberg their first time at Le Mans entirely -, the result sees Porsche back on top of the Le Mans podium for the first time since 1998 and sees it prevent an Audi win for only the third time in 16 attempts.

Left playing catch up ever since its penalty, the #17 Porsche nonetheless completed a superb 1-2 result for the manufacturer, one that also strengthens their hopes in the World Endurance Championship.

Taking more than one trip to the garage in the final hours, last year’s winning Audi trio of Lotterer, Fassler and Treluyer had to make do with third position this time, seeing off the #8 Audi of Lucas di Grassi, Duval and Oliver Jarvis in fourth after never getting back into contention following its early crash.

The #18 Porsche completed the top five, the black 919 Hybrid suffering two costly offs – and spells in the garage – as it failed to translate Neel Jani’s storming pole position earlier in the week to a victory challenge

On a day where it suffered no reliability issues, Toyota’s lack of pace was left exposed at Le Mans, the leading #2 car finishing eight laps off the lead through lack of speed alone. The #9 Audi ended up seventh, Audi’s own wild-card trio enjoying stints in the lead before issues late on saw it slip back.

Meanwhile, Nissan’s much discussed comeback to Le Mans ended in disappointment, the GT-R LM NISMO proving off the pace and riddled with reliability problems that would keep all three cars in the garage for prolonged periods. The #21 retired just before the half-way mark, before the other two fell by the wayside formally in the final two hours.

In the LMP2 class, the KCMG Oreca of Richard Bradley, Matthew Howson and Nicolas Lapierre clinched a dominant victory despite twice coming to a stop on track with technical issues.

The Hong Kong based team led away from pole position and was barely headed throughout the 24 hours, multiplying its lead to such an extent that even though it was handed a drive-thru penalty and twice stopped for more than a minute on track with electrical issues, it still won by 48 seconds.

Having lost three laps early on, the JOTA Sport Gibson of Oliver Turvey, Mitch Evans and Simon Dolan embarked on a fine comeback to second place, getting the better of the G-Drive Ligier in the penultimate hour to earn a well-deserved podium.

The LMP2 class might have been more hotly contested in the podium places had the Thiriet by TDS Oreca not been t-boned into retirement by a GT Aston Martin whilst running second, while the Signatech Alpine and Greaves Gibson entries also retired from provisional podium spots.

Behind the #26 G-Drive car, the sister #28 G-Drive machine was fourth, with the #48 Murphy Prototypes Oreca fifth.

Corvette clear for victory as rivals fall away

Corvette has scored its first Le Mans GT victory since 2011 with an unruffled drive to the front in the Pro class courtesy of Oliver Gavin, Tommy Milner and Jordan Taylor, the trio keeping out of trouble as rivals hit it.

Down to just a single car following the withdrawal of the crash-damaged #63 C7.R, Corvette was never out of the lead fight, embarking on a thrilling battle in the first-half of the race with the #99 Aston Martin of Richie Stanaway, Fernando Rees and Alex MacDowell.

However, its challenge ended when Rees’ made heavy contact with the aforementioned Thiriet by TDS Oreca (see above), leaving the Corvette trio to battle it out with the #51 AF Corse Ferrari, which had slowly worked its way into contention with last year’s winning trio, Gimmi Bruni, Toni Vilander and Giancarlo Fisichella.

In the end, technical problems would decide the Ferrari team’s fate, leaving Corvette to clinch an easy win by five laps from the #71 AF Corse Ferrari of Davide Rigon, Olivier Beretta and James Calado, ahead of the heavily delayed #71 car.

The SMP Ferrari of Victor Shaytar, Aleksey Basov and Andrea Bertolini clinched a surprise win in the GTE Am class after the #98 Aston Martin – which had led almost from start-to-finish – crashed out with 40mins of the race remaining.

The Pedro Lamy, Mathias Lauda and Paul Dalla Lana Vantage had established a massive two lap lead over the opposition when Dalla Lana crashed heavily at the final corner, leaving the manufacturer heartbroken on a day when it threw away several strong chances through accidents and technical issues. 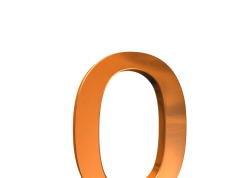 Some library opening hours are changing