Home Secretary Priti Patel will use her first full week in the role to urge the UK’s most important strategic allies to commit to coordinated action on a range of security concerns.

Protecting the public from emerging threats needs continued and closer cooperation between international allies, the Home Secretary will tell a security summit in London this week.

Over the next two days, the Home Secretary will host discussions with her counterparts from the so-called ‘Five Eyes’ countries – Australia, Canada, New Zealand, the US plus the UK – on our most pressing shared challenges.

“This is an exciting moment for the UK as we look to respond to a challenging and rapidly changing global environment, strengthening our influence on the world stage to promote our prosperity and security.

“The UK is a global leader on national security and child protection and we are committed to working with our close partners on shared challenges.”

This year’s Five Country Ministerial (FCM), the second that the UK has hosted, will focus on the theme of ‘Emerging Threats’ and how best to address the opportunities and risks that new technologies pose. Among other topics, ministers will discuss cyber security, encryption and online harms.

Ministers will attend an Industry Roundtable on countering online child sexual exploitation and abuse which will involve discussions with industry leaders such as Facebook, Google and Microsoft.

Discussions will also focus on the role of technology to tackle child abuse online.

The Home Office recently announced significant innovations to the Child Abuse Image Database, enabling the auto-categorising of millions of indecent images of children- aimed at speeding up investigations.

The UK is regarded as world-leading in technological advances to identity perpetrators and protect victims.

A key Government ambition is to work with international partners to develop and share new technology, including unique identifiers known as hashes, to bolster collective investigation capabilities and tackle the global nature of child sexual exploitation and abuse.

Sitting alongside senior officials, Ministers will also consider a joint approach to respond to the continued threat posed by foreign terrorist fighters and how best to work together to bolster border security.

Since its inception in 2013, the annual FCM has developed from an intelligence sharing alliance to a private ministerial-led meeting where the most pressing shared national security threats are discussed.

This deepening of international collaboration means that the FCM plays a vital role in increasing collective resilience to a wide range of existing and emerging national security threats.

Achievements to date include supporting the establishment of the Global Internet Forum to Counter Terrorism, the expansion of information sharing on border, immigration and security matters, and the strengthening of measures to combat modern slavery, forced labour and human trafficking.

In attendance will be:

PM: G20 must work together to defeat the pandemic and protect the planet 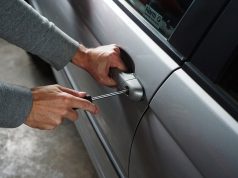