Research by the UK’s leading children’s charity shows how young carers find the festive period a particularly difficult time of year as they deal with the pressures of caring for their loved-ones.

Half of the young carers said they thought school holidays were more difficult than other children’s because of their caring roles and 40% said that Christmas was more difficult, according to a survey of Barnardo’s young carers.

In a survey of Barnardo’s practitioners, 60% said that Christmas was a stressful time of year for young carers.

That’s why this Christmas Barnardo’s is asking people to donate to its young carer’s fundraising appeal to help reduce the huge burden on them. The charity has also produced a short film based on the experiences of Megan, who looks after her mum and little brother Ben.

Children all over the country are undertaking in excess of 30 hours of caring a week – the equivalent of a full-time job.

“Christmas should be a time of magic and delight for children, not stress and anxiety.

“While most children are making choices about which present to play with first or which film to watch, young carers are taking on household chores into the early hours and worrying about whether their mum’s medication has been taken on time for example.

“They could also be worrying about money or how to make Christmas special for younger siblings and this pressure can really take its toll on young people who are already dealing with an awful lot.”

Barnardo’s research with practitioners working to support young carers has shown that caring can take a huge toll on children’s mental health, as well as their achievement at school.

A recent YouGov poll of 800 teachers for Barnardo’s found that nine-in-10 teachers thought caring responsibilities could impact negatively on young carers’ school lives as it could mean they were late or absent from school, or have trouble keeping up with work.

More than three-quarters (75%) of the practitioners Barnardo’s surveyed said that most or all of the young carers they had supported had suffered from anxiety, depression, isolation and feelings of anger. All the practitioners had worked with children who had self-harmed.

Barnardo’s young carers’ services support young people who look after a relative who has a disability, illness, mental health condition, or a drug or alcohol problem.

Barnardo’s project workers do all they can to make sure that this impact is lessened, that the family is receiving all the support it’s entitled to and that the child is listened to and cared for.

During focus groups for research, young carers in Barnardo’s services said that the stress of Christmas and the worry about money put much more pressure on them, and their families, than other children.

One girl said that every Christmas she just could not wait until it was over because much of the additional work fell to her. Some children said they were responsible for buying presents for their siblings.

Jon, now 19, who has a disabled brother and cooks, cleans and does other housework, said that he found holidays difficult because going to school allowed him to be a child.

“School gave me freedom and I was able to behave like a kid – there was so much stress at home.

“They thought I was a bad kid because at school I messed around and behaved like the kid I wanted to be.” 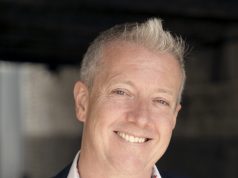 Psychotherapist Advises on Surviving the Feasting Season: Christmas with an Eating Disorder