A multi-million pound contract which will help shape the future of roads across the North West has been awarded by Highways England.

The Design Services contract for motorways and major A roads in Greater Manchester, Merseyside, Cheshire and South Lancashire is worth £49.7 million, will run for up to 5 years and has been awarded to Amey Consulting as part of Highways England’s Asset Delivery operating model.

The contract, which starts in April 2019, will see Amey Consulting carrying out the designs of structures, drains, barriers, signs, landscaping, lighting, traffic signals and other features across the North West’s 260 miles of motorway and 50 miles of major A road.

“This contract will enable Highways England to deliver schemes which will improve both journeys for our customer and the condition of the road network. We are delighted to award this contract to Amey Consulting and look forward to establishing a successful, long-term relationship with them.”

“Collaboration is at the core of Amey Consulting’s approach, and working closely with Highways England and the Asset Delivery Community, we look forward to delivering long-lasting benefits for the communities of the North West.”

Highways England will be working with all the successful contractors to ensure that they are ready to begin delivering key services from April 2019. 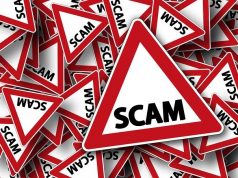