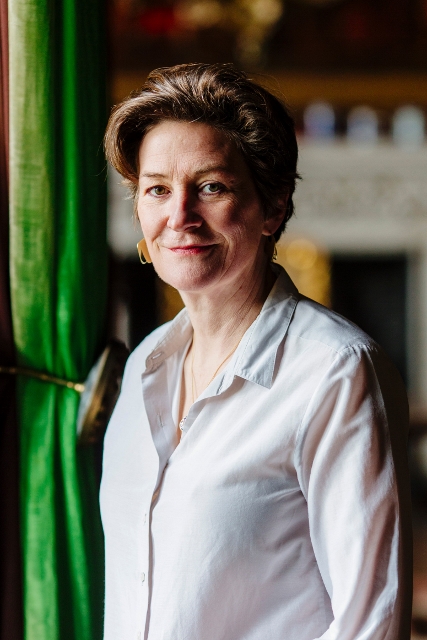 Amanda Jane Parker JP has been chosen as Lancashire’s next High Sheriff by HM the Queen.

Having been announced as the High Sheriff Elect, Amanda will be officially sworn-in to office at a special ceremony at County Hall, Preston on Friday 10 April.

A former Clitheroe Royal Grammar School pupil, Amanda plays an active part in the community and has been a magistrate on the east Lancashire bench since 2006.

She has been a governor at Thorneyholme Roman Catholic Primary School, Dunsop Bridge, since 1999.

Amanda and her husband Robert live at Browsholme Hall in the Ribble Valley, the oldest surviving family home in Lancashire. Built in 1507 by the Parker family, the hall has been a tourist attraction for over 40 years. It has recently become a popular wedding venue.

Amanda has two children, Eleanor, 21 and Roland, 20 who are currently studying at university.

Amanda said: “I was absolutely delighted and surprised to be chosen as High Sheriff of Lancashire. Being selected for such a historic and traditional role is a great honour and an opportunity for me to make a difference to all Lancastrians.

She added “I am particularly interested in sport activities for young people and feel very strongly that everyone should have the opportunity for a good start in life.

“When I get out and about around the county, I intend to raise the profile of the role of High Sheriff and of the many volunteers in the county whose work so often goes unrecognised.

“My first initiative will be to create a website for the High Sheriff of Lancashire and use Facebook and Twitter to highlight and draw attention to organisations and individuals who contribute so much to our county.”

The role of High Sheriff is to ‘protect and assist in upholding the dignity and well-being of Her Majesty’s judges and to represent the Queen’s executive powers in respect of the administration of justice in the county’.

When she becomes High Sheriff, Amanda will take over from Dr Barry Johnson DL, who ends his term in office on Friday 10 April.