People are being urged to give their views on Chorley Council’s budget proposals that maintain the authority’s track record of investing in new projects despite huge cuts in government funding.

Councillors agreed the plans at a meeting on Thursday, which include a freeze on council tax for all residents, thanks to the investments made by the authority that are bringing in extra income.

The council is now keen to hear resident’s views on the proposals that include £5 million of new investment to develop the famous Chorley Markets, regenerate key parts of the town centre and local service centres as well as improving the stock of affordable housing within the borough.

Councillor Peter Wilson, Deputy Leader of Chorley Council, said: “Local authorities are facing huge challenges in balancing the budget as the government has continued to hit us hard.

“What we’re now seeing is all our forward planning and investment in projects paying dividends as the income we are generating is helping to plug the gaps left by the millions of pounds in government grant we have lost.

“The government has only announced a budget for next year which creates great uncertainty for the council. However, we will continue to invest in the borough for the benefit of our residents so that we become more self-sufficient.

“We always said that if we didn’t have to ask residents for more money we wouldn’t, which is why we are proposing a council tax freeze this year.”

The headlines from this year’s budget proposals include:

“What has put us in a good financial position is our forward planning and the feedback and suggestions from residents,” said Councillor Wilson.

“Investments like the Market Walk extension have not only provided a new offer for residents, which is what they’ve told us they want to see, but it is also generating income that means we are able to propose a council tax freeze this year.

“We’ve got major improvements for places like Chorley Markets planned while there is also £4million going into play areas and open space, including £2.7 million for the sports development at West Way, £3 million to improve health services to build two new GP surgeries and £1.5 million earmarked for improvements to Astley Hall.

“These investments are benefitting all residents right across the borough giving people a reason to stay in Chorley and spend their money here while creating new jobs too.”

You can take part in the budget consultation at chorley.gov.uk/consultation or by calling into our offices on Union Street.

All comments will need to be submitted by Sunday 9 February. 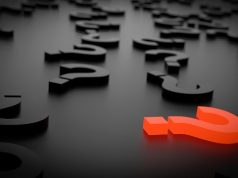 Statement of Community Involvement: How should the Council consult on planning matters? 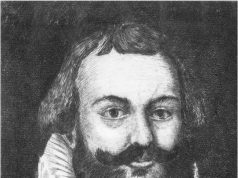 Chorley explores its history with the Mayflower 400 anniversary