The UK will boost cross-border aid operations into Syria with more than £46 million of new help for civilians in hard to reach areas, International Development Secretary Justine Greening has announced following a visit to the Syrian border.

Speaking from a crossing point in Turkey used daily by vehicles carrying aid directly into Syria in defiance of regime restrictions, Ms Greening set out how this new UK support will ensure food, medical supplies and shelter reaches areas where people are cut off and receiving little or no help.

Up to half of all British aid for people inside Syria will now be delivered through cross-border operations that bypass the Syrian regime, which is preventing the delivery of aid to large parts of the country.

This approach will reach up to a million Syrians in parts of the country that the UN is currently not able to access and increases both the scale and speed of the assistance that the UK is able to provide.

“The Syrian regime is preventing the delivery of life-saving aid into large parts of Syria, in spite of a UN Security Council Resolution demanding it.

“Hundreds are wounded daily and millions have been forced to flee their homes. Now they are being denied the help they desperately need.

“Britain’s provision of cross-border aid is a pragmatic, effective way of ensuring we can save lives. The UK will continue to support the work of the UN, which is helping millions in many parts of Syria, but cross border operations can reach those the UN cannot.

“While in Turkey I have been fortunate to meet some of the aid workers risking their lives to get this aid across the border. Their courage is giving a lifeline to millions in desperate need.”

Ms Greening was met at the border by representatives from Mercy Corps to discuss their cross-border operations. Mercy Corps will receive £27.3 million of the £46.7 million total in new allocations to provide: food assistance to approximately 76,000 people every month; tents for more than 2,000 families; hygiene kits for 22,500 people; and seeds, fertiliser and training for more than 20,000 people, including women and vulnerable youth.

The remaining £19.4 million will go to agencies providing cross border assistance that currently do not wish to be identified given the sensitivity and security risks to their ongoing operations. The funding will provide vital medical supplies and health services for thousands more Syrians in hard to reach areas.

She also met with the Governor, Co-ordinating Governor and Mayor of Gaziantep to discuss the UK’s on-going efforts to reduce the burden on Turkey by assisting those in need inside Syria and to recognise the generosity of the Turkish people and the huge efforts of the Turkish Government in hosting vast numbers of Syrian refugees. 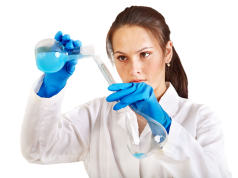 Over 700,000 patients served by GPs at high risk of COVID-19 could be left without access to face-to-face GP appointments