The government has published information on publicly owned digital infrastructure and explained how these networks improve connectivity.

Today, the government will publish new details of over 13,000 miles of publicly owned digital infrastructure and outline steps to ensure that these networks are used to improve connectivity for users and businesses across the country, Minister for the Cabinet Office, Francis Maude announced at the Sprint 15 conference.

Each year government spends at least £1.5 billion of taxpayers’ money on public sector networks, including signal masts, fibre optics, and cables. Yet in the past government did not even hold comprehensive information on this infrastructure – let alone publish it. Spare capacity was not used effectively and public sector organisations developed their own duplicate and expensive bespoke networks and technology.

The interim landscape report published today reveals that by better utilising this existing infrastructure, government could improve access to high-speed broadband, address mobile phone not-spots and deliver better value for taxpayers. For example, government has identified over 1,000 sites on government-owned buildings where placing mobile telephone masts could help boost signal reception in heavily built up and rural areas and bring in revenue for taxpayers.

Last month, the government laid out a new deal with mobile operators to guarantee coverage for 90% of the country’s landmass. The government will work with providers and local groups to explore how additional capacity in publicly owned networks could be best utilised.

As part of this report, an interim map of public sector telecommunications and digital infrastructure has been published.

The map increases transparency, revealing for the first time the scale and coverage of the main networks owned and leased by government. These networks include:

“As part of this government’s long-term economic plan we are determined Britain has world-class digital infrastructure. In the past government didn’t even know what telecoms and digital infrastructure the public sector itself owned. Our new maps reveal taxpayer-funded networks stretching right across the country. We will work with providers to exploit spare capacity while joining-up our own approach, so more people can access high-speed broadband and better mobile phone coverage.

“Sprint 2015 is an opportunity to mark this government’s digital successes from replacing hundreds of websites with our award-winning single domain GOV.UK, to moving 25 high-volume exemplar public services online – 8 are already live. Four years ago government IT was a byword for failure; today our digital-by-default approach is being copied by Australia and America.”

Minister of State for Culture and the Digital Economy, Ed Vaizey said:

“We are witnessing a remarkable transformation of the UK’s digital landscape and the nationwide boost to connectivity we are investing in is a key component of the government’s long term economic plan. This report will be instrumental in driving savings whilst ensuring value for money and improvements to digital infrastructure are maximised, and is a really positive example of a range of government departments working together to deliver change.”

Sprint 15 is the third annual showcase for digital government that sees ministers and top digital experts gather in London to mark the successful ongoing delivery of the government’s digital-by-default vision and look ahead to its future strategy. Attended by nearly 500 digital experts, the event includes speeches and presentations from notable officials such as:

Read the agenda for Sprint 15. 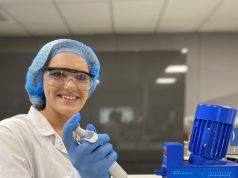 Free Courses to Get Online