Review into new type of protection for sea life and marine habitats in England launched on World Oceans Day.

Today, on World Oceans Day, the Environment Secretary Michael Gove has announced the government’s next steps in protecting England’s precious marine environment with a new review to examine whether and how the strongest protections for areas of sea, known as Highly Protected Marine Areas (HPMAs), could be introduced.

This announcement follows the government’s manifesto commitment to create a Blue Belt of marine protection for Britain’s overseas territories and its own coast, and builds on the ambition of the 25 Year Environment Plan.

As the strongest form of marine protection, new Highly Protected Marine Areas could help protect England’s precious coastline by closing off specific areas to any human activity with the potential to cause harm.

Targeted Highly Protected Marine Areas would complement the existing network of Marine Conservation Zones, which just last week expanded by a further 41 areas, and allow vulnerable marine wildlife to fully recover, free from all damaging human activities, with the aim of restoring areas to a pristine state. Together this would mark the most significant expansion of England’s ‘Blue Belt’ of protected areas to date, as well supporting the government’s international efforts in calling for 30% of the world’s oceans to be protected by 2030.

The review, led by Richard Benyon MP, will be asked to establish an evidence-based process and criteria for selecting Highly Protected Marine Areas, and if supported by the evidence, recommend potential locations for pilot sites. The views of those who use the seas will be at the heart of the review, which will over six months consider the economic and social impacts on businesses and individuals who use the sea, taking into account the views of fishermen, conservation groups, marine industries, and local communities.

“The UK is a global leader in the fight to protect our seas, but World Oceans Day is an important reminder that we need to safeguard the future prosperity and health of our ocean.

“Last week we designated 41 new Marine Conservation Zones with an area almost eight times the size of Greater London, and our review into Highly Protected Marine Areas will help inform our next steps in the government’s work to expand and strengthen the UK’s Blue Belt to create richer habitats for marine life.”

The review into Highly Protected Marine Areas comes after the government backed plans for more than 150,000 square miles of a ‘no take’ zone around Ascension Island, closing the off-shore area to any fishing activity and meaning that than more than half of the UK’s global waters will soon be within Marine Protected Areas.

Richard Benyon MP, who will lead the review, said:

“Our ocean is a precious resource, valuable not just for its marine diversity but also for the many livelihoods it supports on our coastline.

“While many areas have strong protections in place, there is a need to consider whether and where we can go further to safeguard marine life, balancing the needs of fishing, conservation and local communities.”

“This review is a welcome first step towards the strongest form of protection for our waters. Following on from the establishment of 41 new MCZs it shows we are moving in the right direction. However time is not on our side and we must act as a matter of urgency.”

“Over the last few years, our world-leading marine scientists have played an important role in the development of the UK’s Blue Belt, helping to safeguard over a million hectares of England’s ocean and coastal environment. But there is still more to be done to secure the long-term health of our seas and their wildlife.

“I welcome this review into the potential for increased protection for habitats and species in our waters and look forward to working with Richard Benyon and the review team over the coming months as they draw up their findings.”

Today’s announcement builds on the UK’s global leadership in protecting the marine environment – with the UK government calling for 30% of the world’s ocean to be protected by 2030 and the creation of the co-chaired Commonwealth Clean Ocean Alliance.

Through our Blue Belt programme we are also on track to protect over four million square kilometres of ocean across the UK’s Overseas Territories by 2020. On this World Oceans Day a group of scientists, journalists, film makers and artists are taking part in a Blue Belt supported project to one of the world’s remotest islands. Henderson Island in the South Pacific which has one of the highest densities of beach litter anywhere on earth. The expedition which runs from the start of June has scientists investigating the plastic pollution problem and its effects on local wildlife, the surrounding coral reefs and seabed sandy habitats. 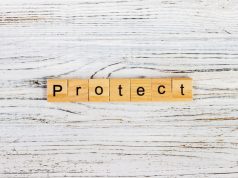 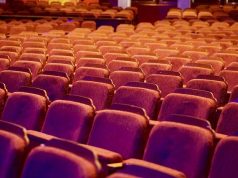