Governments need to make a concerted effort to achieve the Sustainable Development Goals and end extreme poverty in a generation, Oxfam says.

The 17 goals are due to be adopted by world leaders at the United Nations General Assembly this week and should set the development agenda up to 2030.

The goals aim to eradicate extreme poverty, fight inequality and injustice, and halt climate change over the next 15 years. They have been painstakingly negotiated with input from civil society, academics, scientists, the private sector and millions of people around the world.

The Sustainable Development Goals replace the Millennium Development Goals which expire at the end of this year. The number one goal is to end extreme poverty everywhere. Others include ending hunger, improving health and education, combatting climate change and protecting oceans and forests.

Mark Goldring, Oxfam GB’s Chief Executive said: “Extreme poverty has been halved in the last fifteen years. The new Sustainable Development Goals set out to end extreme poverty in the next fifteen. It’s an ambitious undertaking but it is achievable.

“In order to leave no one behind, we need to tackle economic and gender inequality and help those most affected by climate change. It cannot just be business as usual. Governments must put their people and the planet above vested interests.”

To meet this shift of power, Oxfam says national and international financing rules must be rewritten, including a clamp down on tax avoidance by multinational companies, and measures by governments to ensure the richest contribute more equally to the rest of society. Additionally, an agreement at the Paris climate talks that delivers for the poorest must be made if “zero hunger” is to ever be achieved. 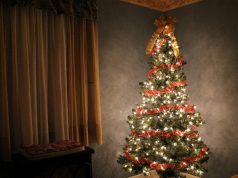