The Reds had seen their rivals both secure three points yesterday and were desperate to ensure they too came through the weekend with 3 points. Liverpool started with Mamadou Sakho replacing the injured Daniel Agger. Kolo Toure had been promoted to the bench.

The Hammers had Downing and Carroll lining up against the Reds for the first time since their departures from Anfield to West Ham United. The game started with a good tempo, both sides looking to get on the front foot. Andy Carroll was in fine form and gave Liverpool a reminder of the reasons that made them invest £35m for his services.

Luis Suarez and his strike partner Daniel Sturridge struggled to get into the game. The ball just would not fall for either player. With Phillippe Coutinho struggling too, the attacking football was not coming together as expected. This was clearly the biggest test of their title ambitions yet.

Historically dropping points against sides that they ought to be beating has proven to be the Achilles Heel for previous sides and managers.

With the first half heading to its conclusion the match exploded in spectacular fashion. A wonderful through ball by Steven Gerrard in the 44th minute to Luis Suarez gave the striker an opportunity to turn James Tomkins, who handled the ball – Penalty!

With the celebrations amongst the Liverpool fans in full swing West Ham were awarded a corner. What happened next is arguably the most incredible series of decisions made by match officials, culminating in the disgraceful awarding of a goal to the home side.

The corner was driven in and Liverpool keeper Simon Mignolet jumped and caught the ball, former Reds striker Andy Carroll slapped the keeper on the head and then knocked the keeper’s arm forcing Mignolet to drop the ball. Hammers defender Guy Demel gleefully knocked the ball into the empty net.

Referee Taylor immediately awarded the Hammers a goal. This is where the nonsense begins.

The linesman was furiously flagging for a foul against Andy Carroll and the Liverpool players naturally drew this to the attention of the referee. The linesman did not just wave the flag he was making it clear to the referee that the goal should not be allowed.

The referee then consulted his linesman and unbelievably over ruled the linesman 1-1.

The Liverpool players had pointed to the big screen and asked the referee to look at the replays of the incident if he had looked then the goal would have been disallowed.

The pressure that the match officials are placed under is immense and the consequences of their decisions can cost clubs trophies and millions of pounds in revenue.

West Ham United’s decision to replay the incident to the 35,000 inside the ground whilst referee Taylor considered his decision was both unfair to the referee, but a disgraceful piece of thoughtlessness that in the old days would have created trouble in either end of the crowd.

Clubs must begin to consider the consequences of these replays and surely the ban on showing controversial incidents must be enforced. The referee ultimately got the decision wrong, but he must not be subjected to the undue pressure that replaying the incident brought upon him.

The second half saw Reds keeper Mignolet dominate his area and taking command of his defence. The introduction of Lucas for the struggling Coutinho gave the Reds the midfield superiority that it had lacked in the first 45.

The half also saw Suarez and Sturridge play off each other with Sterling playing behind them. Liverpool began to dominate the possession and the Hammers were running out of steam. It was only a matter of time before the Reds scored again.

The Reds second goal was also controversial. Liverpool left back Jon Flanagan broke into the West Ham box and was brought down by Adrian. The keeper was ruled by referee Taylor to have brought down Flanagan. It was a harsh decision that had an element of correction for the first half decision.

The coolest man in the ground Steven Gerrard stepped up to give Liverpool a vital victory. That goal moved Gerrard above the King himself in the goal scoring charts for the reds.

The expected onslaught from West Ham was managed quite easily by Mignolet and his defence. Manager Brendan Rodgers brought on Kolo Toure in the 85th minute to shore up the defence. Toure nearly continued his ill fortune when he back-headed the ball towards the Reds goal. Simon Mignolet collected an easy catch. 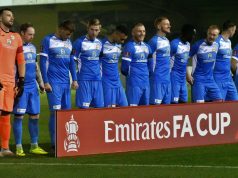 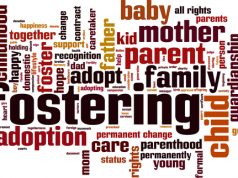