Campaigners have stepped up calls to abolish and replace the unelected House of Lords, after a spate of new revelations about Lords’ expenses over the weekend.

The Sunday Times found that the average tax-free payment to peers in the year to March 2019 was £30,827 – higher than the median salary of a UK worker, despite the House sitting for just half the year. 31 Lords claimed more in expenses than the standard take-home pay of an MP.

And the costs are further set to rise, with peers to receive an above average pay rise of 3.1% from this April, taking their daily payment for attending to £323.

The ERS have called for a halt in the upcoming round of appointments, with numbers likely to rise to well over 800: the highest since Tony Blair axed the majority of hereditary peers in 1999. The Lords is already the second biggest chamber in the world – after China’s ‘People’s Congress’ for a population of nearly 1.4bn people.

Several peers claimed large amounts despite speaking little in the year to March. It follows ERS research in 2017 which found that peers who hadn’t spoken in the Lords for an entire year claimed nearly £1.3m in expenses and allowances.

“The Lords is a flashing red light on the dashboard of democracy. It’s a glaringly undemocratic set-up that needs to be radically changed. We need a revising chamber – but it shouldn’t look like this mess.”

The ERS are calling for a slimmed-down, proportionally elected chamber representing the nations and regions of the UK.

“Once again unelected Lords are taking advantage of the total lack of scrutiny and accountability in the upper chamber.

“The House of Lords is a rolling expenses scandal – and we’ll see this year after year unless there is reform and real accountability. Many peers work hard but voters must be able to kick out those who are abusing the system.

“This is an insult to the public who want real democracy and an overhaul of this feudal relic.

“The government must act and move towards a democratic revising chamber for the whole UK. Voters want an end to unelected power over our laws – we must move to a fairly-elected revising chamber that we can be proud of. At present this bloated chamber is doing a disservice to Parliament and undermining trust in politics.”

“This bloated chamber is beyond self-regulation, when a PM can appoint as many donors and cronies as they like. No other advanced democracy has a second house as institutionally corrupting as this. The best way to move stop this expenses free for all and cut the chamber down to size is to replace it with a much smaller, proportionally elected Senate, representing the nations and regions of the UK.”

Over 170,000 people have now signed the ERS’ petition for Lords reform launched mid-December.

The Sunday Times reported that an internal report prepared for the Lords audit committee, which was released earlier this month, warned that Lords expenses are still “vulnerable” to being “exploited for personal gain”. 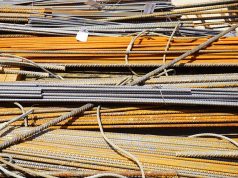