Millions of working people will no longer be able to afford somewhere decent to live by 2024 and will need access to some type of affordable housing, new research published by the Local Government Association warns.

The LGA, which represents more than 370 councils in England and Wales, is calling on new ministers to take urgent steps so councils can resume their historic role as a major builder of new homes and help tackle the nation’s deepening housing crisis.

It warns the economic uncertainty caused by Brexit and a widespread and growing demand for affordable homes – including for social and affordable rent – makes it even more important for councils to be handed greater powers to build new homes.

Analysis from the Learning and Work Institute for the LGA projects that:

To spark a revitalisation of council house building, the LGA is calling on government to allow councils to:

The LGA is also urging government to work with councils to review how different elements of the Housing and Planning Act should now be implemented in light of the economic uncertainty created by the UK’s decision to leave the European Union.

“More and more families will be affected by our housing crisis every year. As our analysis shows, millions of people studying hard and succeeding in work will also no longer be able to find an affordable and decent place to live.

“Bold new action is needed to solve our housing crisis following the vote to leave the European Union. A renaissance in house building by councils must be at the heart of this.

“The private sector clearly has an important role to play but the reality is that it cannot build the homes we need on its own, and will likely be further restricted by uncertainties in the months and years ahead.

“Councils want to get on with the job of building the new homes that people in their areas desperately need.

“If we are to stand any chance of solving our housing crisis, councils must be able to replace sold homes and reinvest in building more of the genuine affordable homes our communities desperately need now more than ever.” 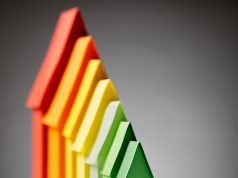 Greener homes, jobs and cheaper bills on the way as government launches biggest upgrade of nation’s buildings in a generation