Freedom of Information Act findings released on launch of Locality’s Save Our Spaces campaign.

A new report, The Great British Sell Off, released today (Tuesday 19th June 2018) by charity Locality reveals the huge number of Britain’s publicly owned buildings and spaces being sold off every year. These are our parks, libraries, town halls and swimming pools.

The report publishes the results of a Freedom of Information (FOI) request made by the charity to all 353 local authorities in England in January 2018. The results reveal that more than 4,000 buildings and spaces are being sold off every year. Many are being lost to private developers for the highest price and will never be used for vital community services and support.

With no official figures published on the speed and scale of the sell off, these FOI findings are the only current indication of the size of the problem. They show the consistently high number of public buildings and spaces being sold year on year in England from 2012 to 2016.

The Great British Sell Off is published on the launch of Save Our Spaces, Locality’s campaign to protect these spaces from being sold off to private developers for short term gain.

The charity is calling for an increase in the number of public buildings and spaces transferred to community ownership, rather than sold to private developers. Community ownership ensures they are kept for use by the whole community, to provide a hub for local people and a source of vital services and support for generations to come.

The FOI results also show that less than half of councils (41%) have a strategy to support community ownership, demonstrating the significant lack of planning and a short-term approach to making critical decisions about public buildings and spaces being permanently lost to the community.

While selling some land and buildings for private use is appropriate, the danger is that this becomes the only option for councils unaware of the longer-term benefits of community ownership. The majority of councils do not have a policy to consider community ownership as an alternative option to a sell off.

In 2016 the Chancellor made it permissible for the proceeds of the sales of public buildings and spaces to be used as revenue to run the council. With a backdrop of austerity facing local authorities many are using this as an opportunity to make short term financial gain at the cost of losing some of the country’s most valuable assets.

Tony Armstrong, CEO of Locality, said: “More than 4,000 public buildings and spaces are being sold off a year, that’s more than four times the number of Starbucks in the UK. This is a sell off on a massive scale.

“We know that many of the buildings being lost have valuable community uses. Every one of us can think of a local public building or outside space we love and use – from libraries to lidos and town halls to youth centres. They are owned by the public and they’re being sold off for short term gain to fill holes in council budgets.

Local people are coming together across the country to fight to save these spaces, by taking them into community ownership. These groups are committed to protecting them as a vital hub in their community and a space to offer services for the whole community.

Jane Richards, coordinator of the Byrne Avenue Baths project, where a group of local people have formed the Byrne Avenue Trust to save a local 1930s swimming pool, said: “I’m Birkenhead born and bred and I love these baths. I used them as a child and they hold wonderful memories. They’re well-built and beautiful. I got involved in this project because I wanted to give something back. This area is hugely neglected with high unemployment, social deprivation but a real sense of community and buoyancy. There’s a real need for something in this area and the baths provide this.

“There will be opportunities for jobs, volunteering and work experience; sports and health activities giving local people the opportunity of a healthier lifestyle within their own area; along with social events to help reduce social isolation for all ages, including older residents.”

Locality is calling for national government to help protect these spaces with £200m a year for five years for a Community Ownership Fund for local community organisations.

Anyone wanting to find out more or support the campaign can visit locality.org.uk/saveourspaces 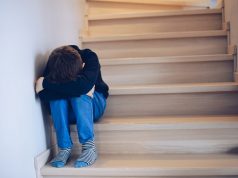 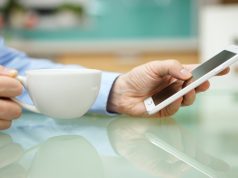